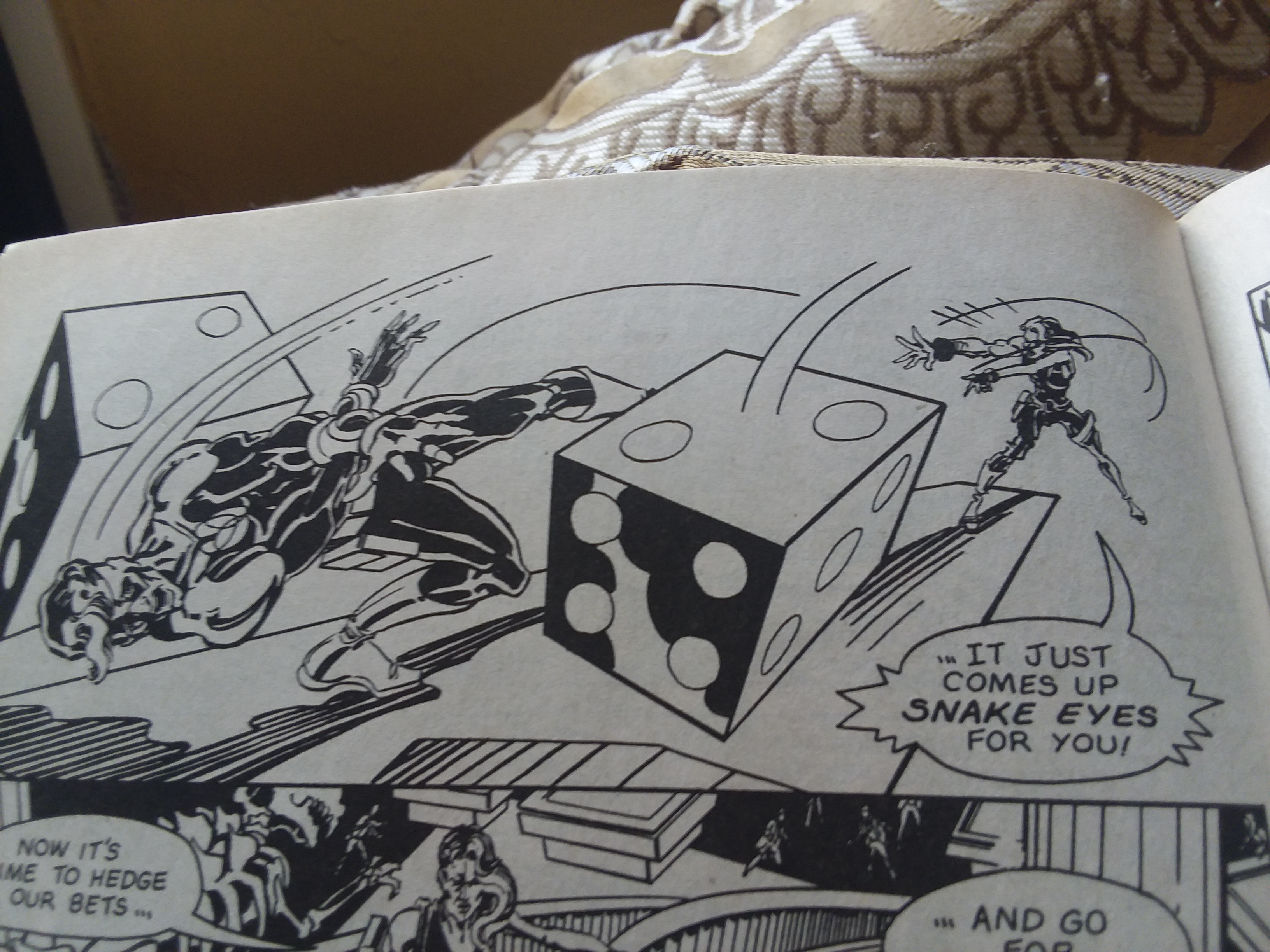 But that's not Snake-Eyes.
♪♪Now you swear and kick and beg us That you're not a gamblin' man Then you find you're back in Vegas With a handle in your hand♪♪ Your black cards can make you money So you hide them when you're able In the land of casinos and money You must put them on the table♪♪ You go back Jack do it again roulette wheels turinin' 'round and 'round♪♪ You go back Jack do it again♪♪
darkoz

But that's not Snake-Eyes.

Ploppie or amateur gambler mistake of a comic book artist.

If it was drawn correctly I would have had no inclination to post it
For Whom the bus tolls; The bus tolls for thee
Ayecarumba

But that's not Snake-Eyes.

I like that the 4 and 3 faces are edge-to-edge on the die on the right. Bad guys always use crooked dice.
Simplicity is the ultimate sophistication - Leonardo da Vinci
Doc

I like that the 4 and 3 faces are edge-to-edge on the die on the right. Bad guys always use crooked dice.

And neither of those dice have the 2 and 3 faces arranged like on "real" dice -- the legitimate dice I have seen (at least in recent years) do have end pips of those faces close together, but if you place the 2 face on top with the 3 face on the side as shown in that right-side illustration, those pips are close together on the LEFT end of that face line, not the right end as illustrated. (And that third face near where those pips are close should be the 6 face, not the 4, as pointed out by Aye.

Maybe the artist has never seen a real pair of dice. (Or just doesn't care -- after all, it is a fantasy, I suppose.)
TigerWu

TigerWu
Joined: May 23, 2016
A) It looks like the dice are still rolling in the picture, so they may not have come to rest on snake eyes yet.

B) The artist knows that's not snake eyes, but the pip placement he used instead was more appealing in his opinion. 2-3-4 is certainly more visually balanced than having a one spot showing somewhere.

D) I have no idea of the context, but I'm assuming those dice were "magically" produced by some superhero as an attack? In which case they don't need to conform to the laws of reality.

In conclusion, I see nothing wrong with the way these dice were portrayed in this comic.

EDIT: The plot thickens... Here's some dice, that look very recently manufactured, that don't add up to seven on opposite sides.... 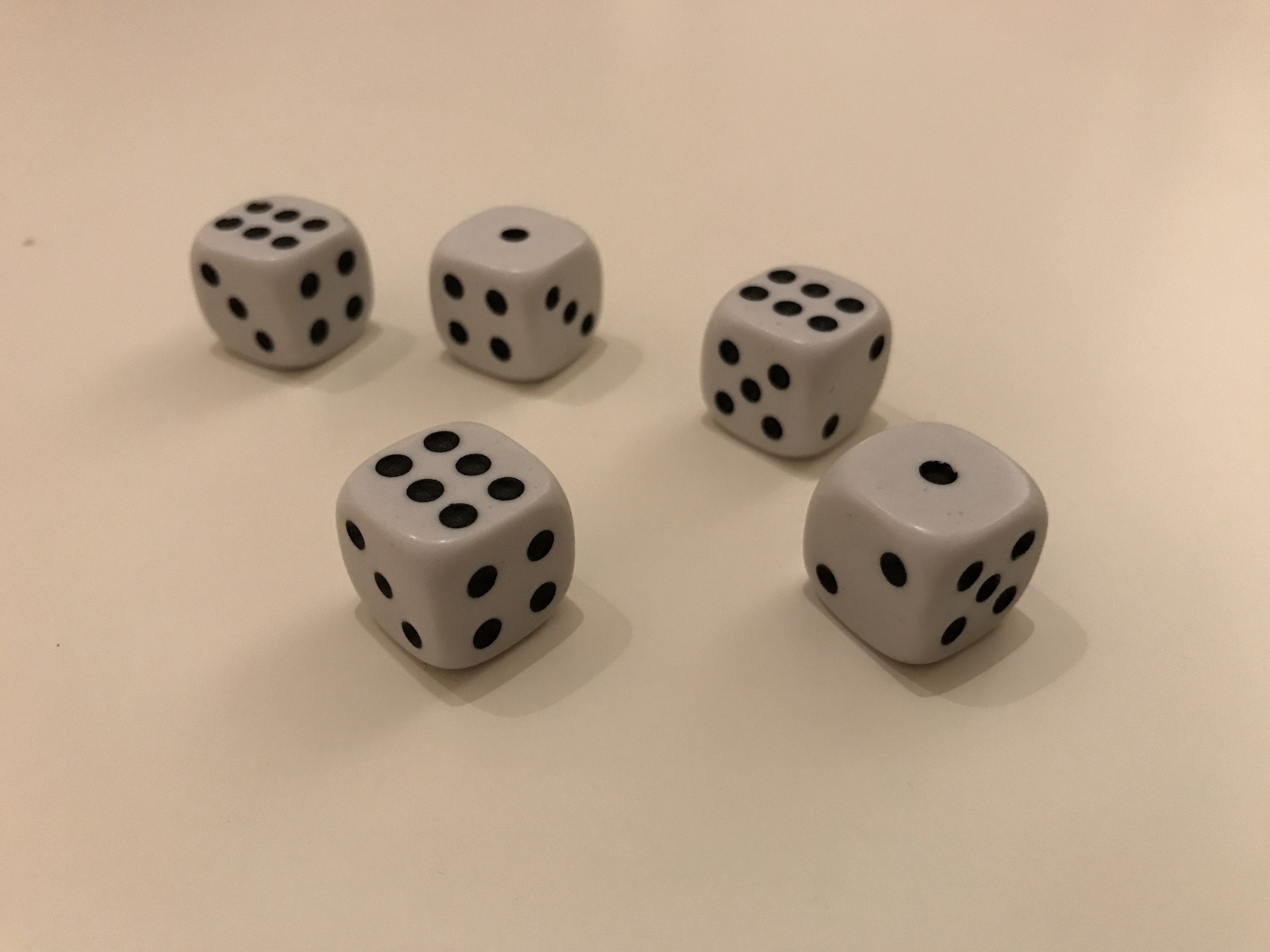