Ever Meet a Famous Person

Speaking of knowing people in HS. While I don't expect people to know him nationally, I grew up up with Drew Burgoyne, chief meteorologist for Channel 58 (CBS) in Milwaukee. Grew up with him in Naperville, IL. I even had CCD at their house

Which schools did you go to in Naperville?
Gabes22

Gabes22
Joined: Jul 19, 2011
Clow Elementary, Gregory Middle school and my HS was in Aurora, Waubonsie Valley
A flute with no holes is not a flute, a donut with no holes is a danish
FinsRule

FinsRule
Joined: Dec 23, 2009
You’re the rich side of town. My wife lived in the poorer side
SOOPOO

SOOPOO
Joined: Aug 8, 2010
In college with George Stephanopolis and Barrack Obama. Took care of 20-30 NHL/NFL players. Played basketball with 15 or so Buffalo Bills 15 years ago for two off seasons. Met Sally Struthers in a store. Kevin Bacon in a theater (he was not acting in it). George W Bush at a medical convention (after his presidency, he was a paid speaker). Got a good picture with him. Multiple Senators and Congressmen/women. Most recent was Chuck Shumer. Rick Jeanerret (hockey announcer most definitely going into hall of fame). Baby Joe Mesi (only boxer to retire undefeated since Rocky Marciano; he had a 'brain bleed' that ended his career). Jerry "The King" Lawlor. One other famous ex wrestler (was a patient so can't mention his name). Darryl Strawberry.
See if anyone remembers this name.. Hawthorne Wingo! And as a kid, Phil Jackson. Lou Holtz also paid to be at a medical conference.
Can I count Spectacular Bid as a celebrity? Was a Pinkerton guard assigned to him at the Belmont 4 decades ago.
And I do count Mike as a celebrity.
Edit-- golfed with Tim Raines blackjack table with Smoking Joe Frazier
Last edited by: SOOPOO on May 13, 2019
Mission146

Eli Manning when we were both in high school.

Nice guy? Were you friends? Did you play together?

(For my part, I don't think I've encountered many celebrities where you wouldn't expect to encounter them. The only ones I've spoken to outside of the normal places you might see them are Kurt Angle (Pittsburgh Airport) and Triple H (restaurant). I was pretty struck running into the latter because I was a big wrestling fan at the time and just young in general. In both cases, I didn't say much or ask for an autograph or anything.)

I've seen a few in casinos, but I haven't talked to any of them. Most of them I don't even recognize until it is mentioned latter that we saw such-and-such person.
https://wizardofvegas.com/forum/off-topic/gripes/11182-pet-peeves/120/#post815219
FatGeezus

FatGeezus
Joined: Jun 12, 2010
I don't know if this counts but in the early days of AC, I saw plenty of celebrities on the casino floor or restaurants.

I don't see any celebrities anymore since my visits are during the daytime.
TigerWu

TigerWu
Joined: May 23, 2016
Met quite a few when I was working in Hollywood on film and TV. Mostly nice, normal people, other than their jobs.

Met some of the actual people involved in Blackhawk Down when I was in the military, so they were kind of "military celebrities."

Handful of politicians, biggest of which was Donald Rumsfeld while he was SecDef under Bush. He gave a talk, answered questions, and met people afterwards. He seemed kind of clueless and lost the ENTIRE time, like he didn't want to be there at all and didn't care if it showed. This wasn't long before he retired, so I think he was just phoning it in.

Pete Rose was probably the biggest, and maybe the only, sports celebrity I've met.

Saw plenty more famous people that I didn't officially meet face to face, including a couple of Presidents, several sports celebrities (in public, not while competing), and a ton of actors.
Boz

Boz
Joined: Sep 22, 2011
Played BJ with Dr J and Smokin Joe Frazier in the 80’s when AC was the only Easy Coast place to play. Also Matt Dillon the actor.

Trump Plaza used to be packed with celebrities fight nights, especially when Tyson was fighting. Drank beer with King Kong Bundy (old wrestler) the night on the Foreman-Cooney fight known as the “Preacher vs the Puncher” when George was starting his comeback.

Still friends with Jon Gosselin, though not sure that counts these days. He’s a great guy and nothing like the media portrayed him after his divorce.
Rigondeaux

I went to high school with 3 members of Linkin Park (not the dead one). I was friends with the guitarist and played in several bands with him. The lesser known band Hoobastank were about a year ahead of me, but didn't know them. They got pretty big, just not massive like LP. They sing that song, The Reason.

I used to car pool to work with Dan Mintz, a comedian. After he quit, my boss saw him on Jimmy Kimmel. Now he plays the daughter with the male voice on Bob's Burgers. Extremely nice guy.

I haven't met him. But my mom was a teacher. One of her best friends, another teacher, got picked up by a guy at Home Depot. He turned out to be the creator of Boondocks. They got married. My mom also knows Geneviève Bujold, a fairly big movie star in the past. They wanted her to be Captian Janeway, but she declined. I've been to a party at her beach house in Malibu. 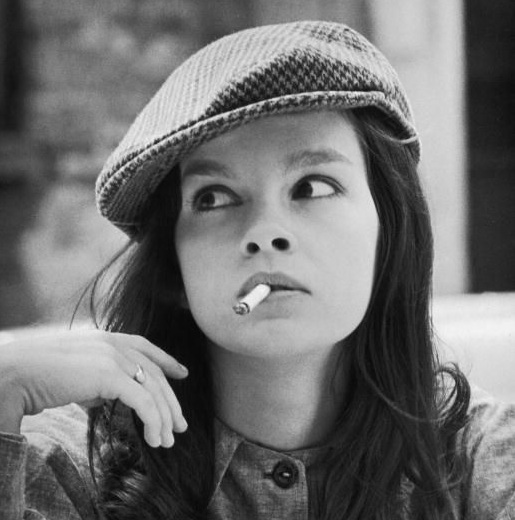 My dad's company sponsored the Wooden Awards so I got to meet Wooden several times, and some nominees briefly, including Shaq. Wooden was great. Exactly what you'd hope for.

Seen tons of celebs. Even in my younger days, I was poor at recognizing them. So who knows how many I've walked right past. On that note, my girlfriend and I had dim sum one day. I was facing Mira Sorvino at another table. I had a big crush on her. In person, I saw a pretty woman but didn't recognize her. My GF told me later, but didn't tell me in the restaurant because she didn't want me gawking at Mira the whole time.
FinsRule

I wasn’t clear. Eli and I are the same age. We met back when we were both of high school age (before he was famous). We did not go to the same high school.

We had a quick conversation in the tunnels of the RCA dome after his brothers first game.

We were just talking sports and I knew it was Peyton’s little brother because he was a kid my age that looked somewhat like Peyton Manning.
RSS Feed