The airfares to Vegas were MUCH MUCH cheaper flying from Tampa instead of Orlando, so after the cruise we took the "GOPORT" bus from the terminal to the Orlando airport.

I had a rental car reserved, but at the last minute I looked up the cost of an UBER and it was less than the Rental Car cost, which was a good corporate rate but did have the one-way drop off charge. And I figured the UBER would be much less hassle overall. So I canceled the rental and we took an UBER all the way to our hotel in Tampa. I gave the driver a hefty tip since he might or might not have been to cobble rides together back to the Orlando area.

Our flight was pretty early the next morning and a non-stop, so we got in early. Fortunately PARIS had a room available so we were checked-in by 10:30 am or so.

It was frustrating to me to see people in the baggage claim area not wearing masks, including passengers and limo drivers. To me, rules are rules and it is no big deal to wear a mask, so "just do it". At Paris, I would say about 95 % of people are wearing masks, and maybe that is the highest level of compliance to the indoor mask mandate that we can expect given the *polarization in our country around Covid.

CAESAR's had a 5x Tier Credit promo, so I played mostly on a ( relatively ) good ( for the Strip ) 9/5 JoB VP game. But I didn't hit the quads needed to stay even, so I am not quite going to make it to the Diamond Plus status. Oh well.

We also played a little bit at ELLIS ISLAND. The paytables have been cut back there since our last visit in July of this year.

After our hike at RED ROCK, I played some Deuces Wild while Mrs Q and my daughter went to see West Side Story at the movie theater there.

My goal is to do a least one new thing each trip.

1) At RED ROCK CANYON, we were talking about doing the Ice Box Canyon trail again, but decided to start with the CALICO TANKS trail. I stopped about 3/4's of the way to the end. There is some rock scrambling to do, and sometimes going up feels easier than going back down, so better "safe than sorry". I'll come back and try that again if I can lose 20 lbs or so before then. My adult daughter made it all the way.

That trail was moderately difficult in my opinion, so we called it a day and did not stop at the other trailhead. 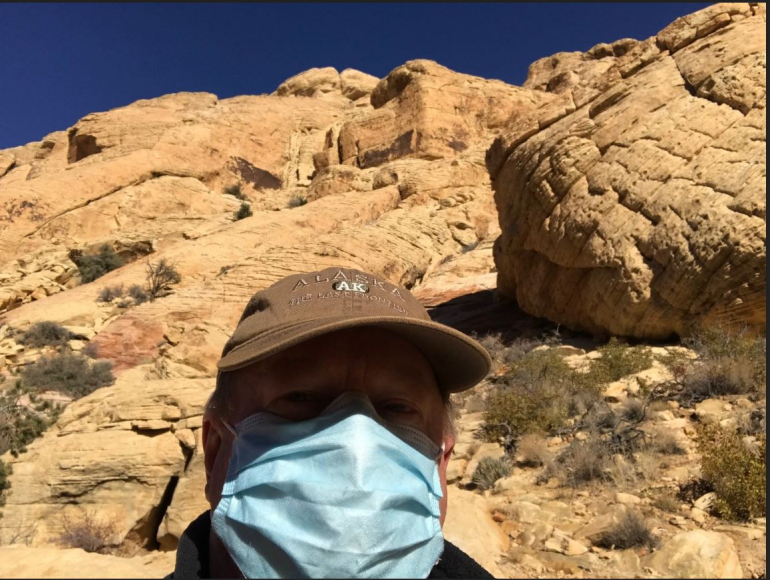 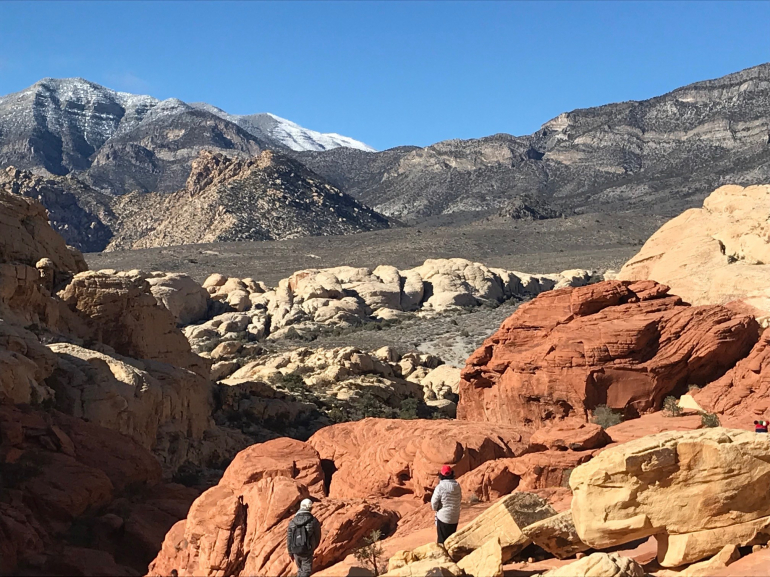 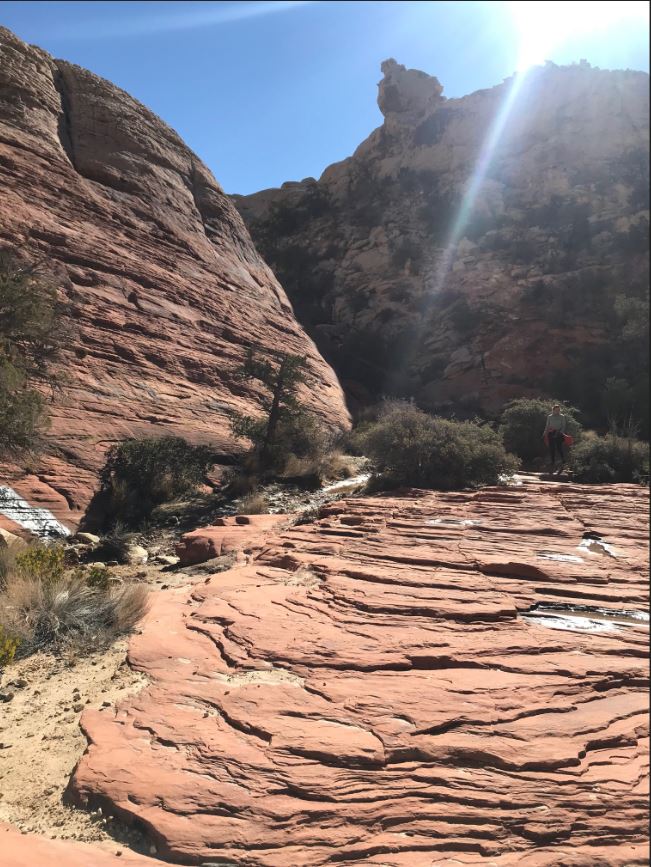 2) PAMPAS BRAZILIAN RESTAURANT - I got a discounted price at TIX4VEGAS outside of BALLY's so we'll give that a try. 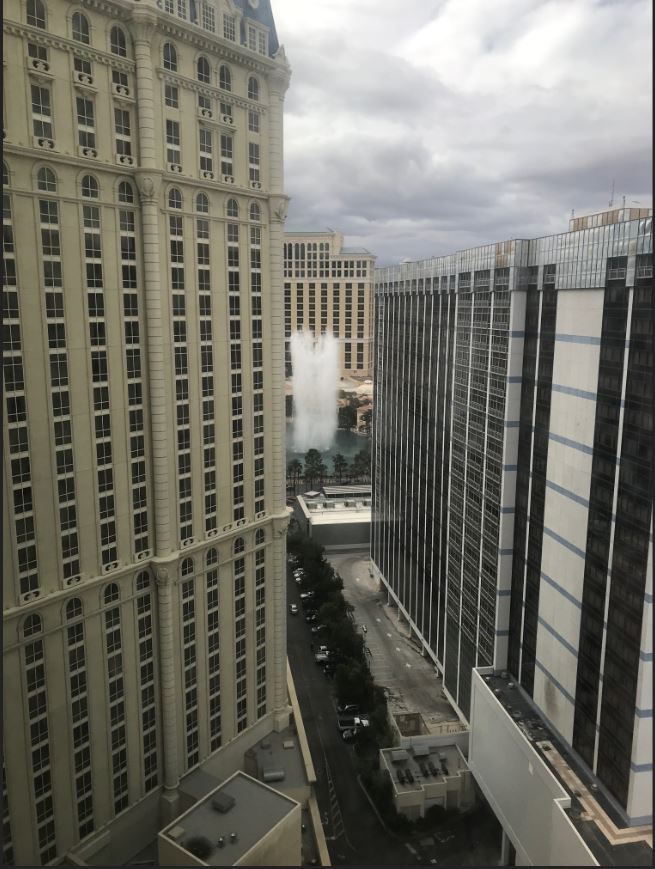 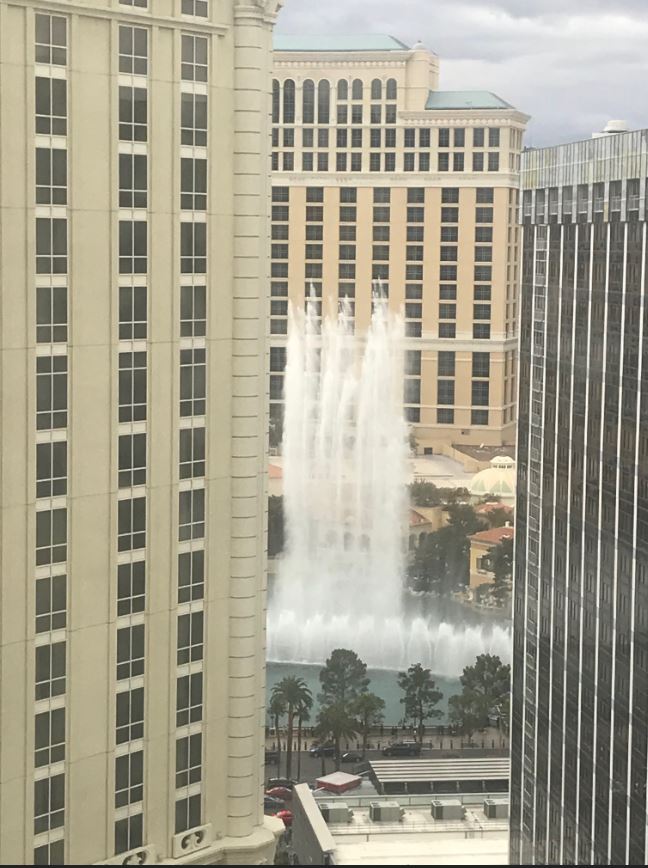 https://wizardofvegas.com/forum/off-topic/other-casinos/36785-trip-report-rcl-cruise-on-mariner-of-the-seas/#post835461
Last edited by: JohnnyQ on Dec 28, 2021
Like the castle in its corner In a medieval game; I foresee terrible trouble And I stay here just the same
JohnnyQ

As I mentioned, I happened to see this at TIX4VEGAS while I was looking at show options.

So I purchased the lunch option ( $ 2 per person for Tix4Vegas, and $ 15 pp paid at the Restaurant ) yesterday for today. We made an early reservation but moved it to 3:00 to accommodate my daughter's visit to Area 15.

HOWEVER, the service is inconsistent. Despite the reservation, we weren't seated for 25 minutes. And the young women at the Hostess desk were curt and dismissive and misleading ("your table will be ready in several minutes"). That was annoying.

Once inside, things picked up. The salad and charcuterie board were good. And the meat carvers came by frequently. You don't get the same selection at lunch as you do for dinner, but a good selection nonetheless. The sirloin was pretty good.

I'd say worth trying if you are staying mid-strip and can get the Tix4Vegas discount, but the customer service at the hostess station and the check/cashier process (very slow) both needs improvement.
Like the castle in its corner In a medieval game; I foresee terrible trouble And I stay here just the same
ThatDonGuy

How many of the other Churrascarias in Vegas have you been to (Galpao Gaucho, Fogo de Chao, Via Brasil, Texas de Brazil - and, while it was open, Samba at the Mirage)?
JohnnyQ

JohnnyQ
Joined: Nov 3, 2009
Zip in Vegas. I have been to ones in Pensacola and Charleston. How are the other ones you mentioned ?
Like the castle in its corner In a medieval game; I foresee terrible trouble And I stay here just the same
DeMango

DeMango
Joined: Feb 2, 2010
Checking air rates from FL pays off, good job! I also check SRQ, and RSW.
When a rock is thrown into a pack of dogs, the one that yells the loudest is the one who got hit.
JohnnyQ

- Batista's Hole in the Wall

Second Runner-up:
- - - $ 17 Lunch at Pampas Brazilian Restaurant in Miracle Mile Shops
- - - note: After Tix4Vegas Discount Voucher
Last edited by: JohnnyQ on Dec 29, 2021
Like the castle in its corner In a medieval game; I foresee terrible trouble And I stay here just the same
JohnnyQ

3) Go to a Marijuana Dispensary

- - - Not for me, my adult daughter wanted to try an edible. The staff inside were friendly and helpful and offered advice.
Like the castle in its corner In a medieval game; I foresee terrible trouble And I stay here just the same
DRich

AND THE AWARD GOES TO:

- Batista's Hole in the Wall

Having lived in Las Vegas for 30 years you are the first person that I have ever heard favorably discuss Batista's.

Glad you had a nice meal.
Order from chaos
JohnnyQ

Having lived in Las Vegas for 30 years you are the first person that I have ever heard favorably discuss Batista's.

Wow, a little surprised to hear that.

I like the food and I like the atmosphere and it is right across the street from Bally's, so super easy to walk to. It is nice sometimes to get away from the crowds on the Strip.

It isn't cheap but it is very reasonable for what you get, imho. Is it possible that the Vegas residents just don't like going CLOSE to the Strip ?

ANYONE ELSE have an opinion on Batista's Hole in the Wall ? 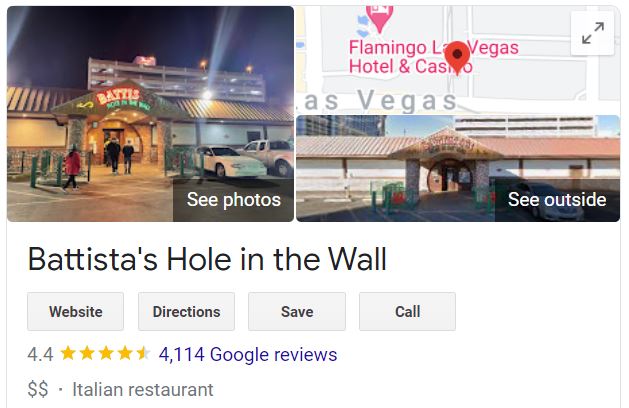 Like the castle in its corner In a medieval game; I foresee terrible trouble And I stay here just the same
JohnnyQ

JohnnyQ
Joined: Nov 3, 2009
We took a taxi with our daughter to the McCarran (now technically REID I guess), she was in Terminal 1 and we were in Terminal 3. The taxi driver said he wasn't allowed to take us to Terminal 3 (ANYONE KNOW IF THAT IS TRUE ?) so we took the small (and full) bus from T1 to T3.

Our redeye flight home was delayed a little bit on Thursday morning, but we made it home in record time. A flight that usually is 4 hours took just 3 hours, I guess due to the jetstream.

Fortunately, we were several days ahead of the massive flight cancellations this weekend:

Anyhows, back to work on Monday.
Like the castle in its corner In a medieval game; I foresee terrible trouble And I stay here just the same
RSS Feed