rxwine
Joined: Feb 28, 2010
Above ground airplane hangers which have been made to withstand anything but direct hits from a military grade explosive (usually on the end of a large projectile) -

- well anyway, I'm been in them, and I've been in Hoover Dam, and I'd choose Hoover first if I had a choice.

I too, believe, maybe they're more worried about potentially enough damage to cause problems to power generation, or shut down operations from a bomb, than complete failure. But I don't know that much about the weakest points of the dam, though I imagine by any standard it's got to be pretty formidable
The Hall of Unverified Claims is a vast place with many shelves.
PeteM

PeteM
Joined: Feb 14, 2010
Fascinating stuff. Is that "Air bubble" effect the same as the "water hammer" effect that torpedo designers were trying for at the start of WWII? Doctrine back then was to try and explode the torp under the target in order to "break its back". Unfortunately the magnetic detonators in use were so unreliable that there were many more duds than hits. Probably not an issue today,yes?
"Win with a smile, lose with grace."
Ayecarumba

- well anyway, I'm been in them, and I've been in Hoover Dam, and I'd choose Hoover first if I had a choice.

As we are all well aware, the dam is not solid, but permeated by elevator and ventilation shafts, utility conduits, walkways and service corridors. I suspect a device detonated inside the structure could do significant, perhaps catastrophic, damage. There is a reason the dam was put on the high profile list, perhaps vulnerability is one of the considerations, or the Las Vegas visit by members of the "Detroit Sleepercell". Although the charges were later discoverd to be trumped up, many of the details remain cloaked. See a 2005 Washington Post article about the Detroit procecutorial shenanigans here.
Simplicity is the ultimate sophistication - Leonardo da Vinci
rxwine

From fastfacts databank I found here

The Hoover Dam is so thick and heavy, it doesn't even need to be curved. It's heavy enough to resist the weight and thrust of the water pushing behind it, but designers thought people would feel safer with a curved design.

The Hall of Unverified Claims is a vast place with many shelves.
rxwine

rxwine
Joined: Feb 28, 2010
I wonder if we've attracted the attention of Homeland security filters by now?

"I know nothing. I see nothing." as Schultz use to say.
The Hall of Unverified Claims is a vast place with many shelves.
mkl654321

It was overbuilt apparently

From fastfacts databank I found here

That's untrue. The curvature of the dam is absolutely integral to its function, i.e., that of holding back the water. How heavy (massive) it is isn't the issue; after all, even a very massive object can be SLID by a relatively modest force, because all that that force has to overcome is the object's (coefficient of) static friction relative to the surface on which it rests. The dam is not even close to massive enough to hold back the water by its weight alone.

The curve functions much the same way an arch does; it distributes the force/weight of the water out toward the anchoring points in the walls of the canyon. That way, the static friction that must be overcome is that of the entire mass of the rock walls. That is why when a dam is breached (transferring the burden back to the dam itself), portions of it often dissolve completely, because the mass of the dam is so inadequate by itself to hold back the water.
The fact that a believer is happier than a skeptic is no more to the point than the fact that a drunken man is happier than a sober one. The happiness of credulity is a cheap and dangerous quality.---George Bernard Shaw
rxwine

That's untrue. The curvature of the dam is absolutely integral to its function 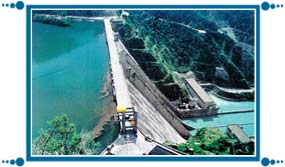 The Hall of Unverified Claims is a vast place with many shelves.
JerryLogan

Wizard
Joined: Oct 14, 2009
How about the Three Gorges Dam as well, the largest dam in the world. 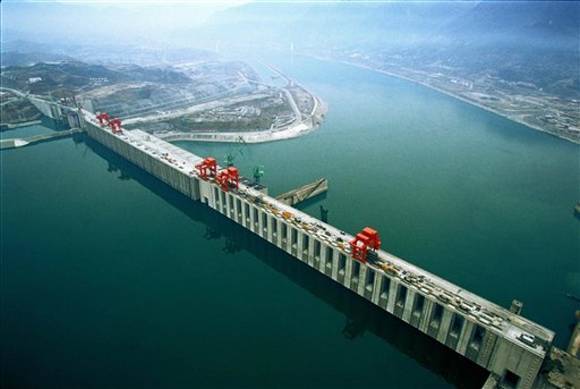 It's not whether you win or lose; it's whether or not you had a good bet.
Nareed

Nareed
Joined: Nov 11, 2009
The arch is one of the strongest known structures. How strong? It was incorporated in the design of suspension bridges like the Golden Gate and the Brooklyn Bridge. Ancient Roman bridges built 2,000 years ago still stand in some places.

Plus the materials and methods available in the 30s were different from what's available today.
Donald Trump is a fucking criminal
RSS Feed