How to Play Divine Fortune
This slot is configured with a medium-to-high volatility. To win payouts, you only need to get at least 3 uniform symbols on a payline.

Right, so in the Jackpot Bonus game you've got 15 independent reels, spinning individually. You start with 3 spins, which increase as you land Bonus symbols. Bonus symbols stay on the reels. One entire row of Bonus symbols delivers the Minor Jackpot, two rows deliver the Major Jackpot. If all three rows are filled, pack your suitcase cos you're going to Barbados!

This slot game gives you control over your level of bet: increase or decrease the number of coins/bet line. Set the coin denomination between $0.01 and $0.50 and the bet level at 1-10. Minimum bet is $0.20, maximum bet is $100 per single spin. You can use the MAX BET feature to stake the top bet on a single coin. You can also increase or decrease the value of the coin, and lastly, the slot has an autoplay button.

NFL excited about staging an only-in-Las Vegas draft in 2022
Nevada (Las Vegas) - Mick Akers, Las Vegas Review-Journal - Las Vegas, youÆre on the clock. With the 2021 NFL draft ending in Cleveland on Saturday, all eyes turn to Sin City in 2022. After being denied the chance to host the 2020 draft because of the COVID-19 pandemic, Las Vegas will hold both the Pro Bowl and NFL draft next year, following what is hoped to be a RaidersÆ season full of fans at Allegiant Stadium. https://bit.ly/3ujrwLX

ABOUT GAME
Fire Joker Freeze is a 3-reel video slot with 5 fixed paylines. The FIRE JOKER and the ICE JOKER are WILDS and will substitute for ANY symbol. All symbols can appear as a stack. ICE JOKER can become a stack on a non-winning spin and if there is a chance to trigger the wheel feature.
RE-SPIN OF ICE is triggered when there is an ICE JOKER on a non-winning spin. The ICE JOKER sticks in place and then becomes a stack to cover the reel. Only the reels that do not contain the ICE JOKER will RE-SPIN.

How to Play Hell's Kitchen
Gordon's signature dishes represent the highest paying symbols in the slot. First is the beef Wellington ¢ land 5 of these and you'll score a decent chunk of change. The Hell's Kitchen spicy burger symbol follows closely, after which we've got Gordon Ramsay's signature cocktail. Other symbols include the sticky toffee pudding, and the classic royals. Landing rows of 5, 4 and 3 delivers a payout. Wild symbols can also appear anywhere on the reels and substitute for all symbols delivering the highest possible combination. But that's not all. NetEnt adds plenty of incredible ingredients to their slots. In this case, weÆve got a Random Wilds feature, Free Spins with Wilds and Multipliers, and a Bonus game. Read on to find out more.

New Jersey to lift most restrictions for businesses May 19,
New Jersey (Atlantic City) - Claire Lowe, Press of Atlantic City - Capacity restrictions in New Jersey related to COVID-19 will be significantly reduced this month, Gov. Phil Murphy announced Monday. As of May 19, restaurants, stores, casinos, salons, barber shops, gyms, indoor and outdoor pools, amusement facilities, places of worship, and theaters will be able to operate at 100% capacity so long as 6-foot of social distancing and masking requirements remain in place, Murphy said during his regular COVID-19 response briefing. https://bit.ly/3xOQYv2

Big day ahead for plan for lottery, casinos, sports betting
Alabama (expansion) - Mike Cason, Birmingham News - Alabama House committees today will consider a revised version of the plan to allow a lottery, six new casinos, and sports betting in Alabama. The three bills in the package will be heard in three different committees today. Approval by the committees would set the bills up for votes in the House with a chance to pass on the final two days of the legislative session. Voters would have to approve the plan. https://bit.ly/3nPvglO

British GGY totals £546.2m in March as slot revenue hits record high
Europe (UK/results) - Daniel O'Boyle, iGaming Business - The British Gambling Commission has reported online gross gambling yield came to £546.2m, up 4.1% month-on-month, with revenue from online slots reaching a new high of £202.9m, up 15.2% from February and up 1.5% from the previous high in December 2020. This number of slots players also hit a record high at 3.3 million, up 10.0%ģnumber of spins exceeded 6 billion for the first time. https://bit.ly/2RsGP6m

Louisiana on track to have fantasy sports in certain parishes
Louisiana (sports) - https://bit.ly/3f1GBLQ

RULES:
Game-Show Roulette® TRIPS® is Played with a Roulette to produce a number and three 6-sided Number-Dice (Live or RNG) ​to produce three Number from 1-to-6.

1. Each Player places bets Straight-up on any number in the Game-Show Roulette® TRIPS® section of the layout (Jackpot-Circuit®).

2. If the roulette ball lands on the PlayerÆs Selected-Number, then three 6-Sided Number-dice are rolled.

3. Players who hit their Selected-Number on the Roulette-Wheel is then eligible for one of the following payouts:

3a. Player hit their Selected-Number and all three dice show 6, the Player wins 750 to 1.

3b. Player hit their Selected-Number and all three dice show 5, the Player wins 350 to 1.

3c. Player hit their Selected-Number and all three dice are the same Number, the Player wins 100 to 1.

3d. Player hit their Selected-Number and...

3e. Player hit their Selected-Number and...

3f. Player hit their Selected-Number and...

3g. Player hit their Selected-Number and...

4. If the Player did not hit their... GameShowRoulette.com 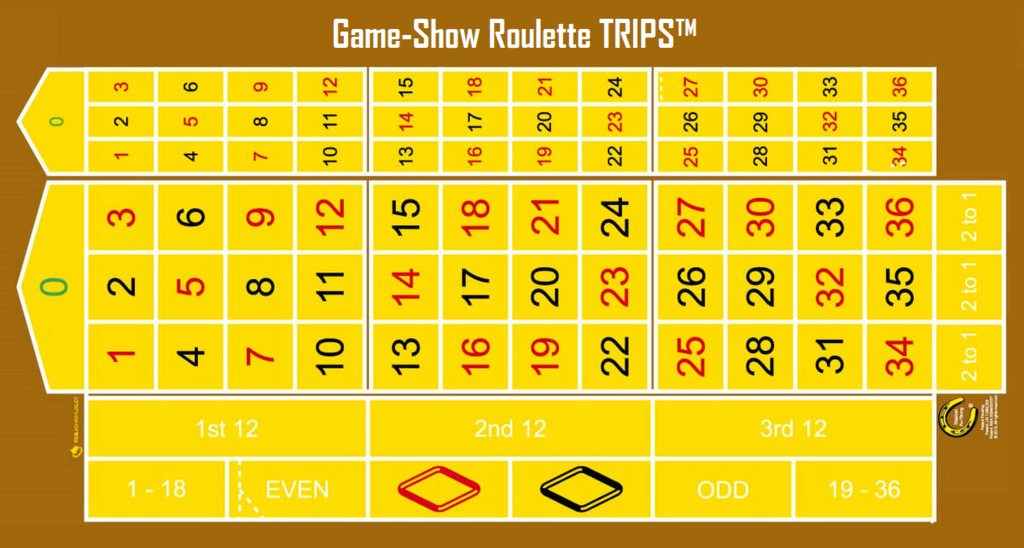 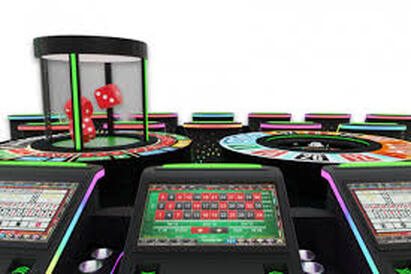 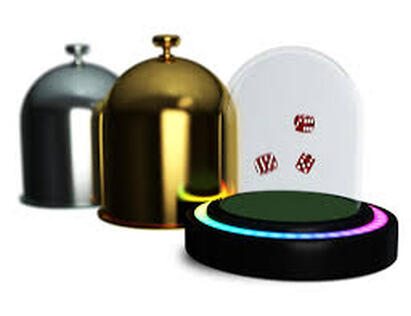 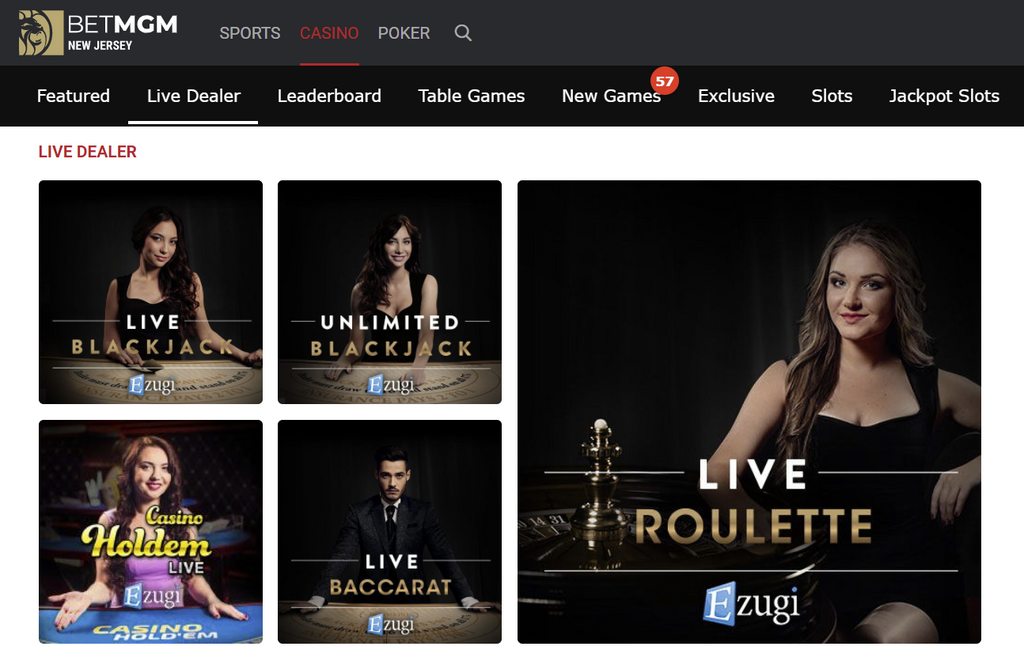