The Adventures of MDawg II

MDawg
Joined: Sep 27, 2018
In an episode of Hawaii Five-O (original), McGarrett tears apart the room where an art thief is supposed to have hidden a stolen painting, and finds nothing. The art thief throws a painting off the wall at McGarrett and taunts him to search further. McGarrett walks off in defeat.

At the tables sometimes I'll tell a pit boss exactly what the next card coming is, and then we'll all laugh as I get it right. They're none the wiser for my taunting, if anything it just throws them off.

In the Five-O episode though, McGarrett suddenly realized that the art thief had thrown it right in his face, went back, cut away the backing of the painting and found the stolen artwork concealed behind. No pit boss I have dealt with has ever been that clever though. In your face flying at an extremely high profile sometimes is the best camouflage. After all, they all want their money back and I sometimes lose no one ever wins every session.
I tell you it’s wonderful to be here, man. I don’t give a damn who wins or loses. It’s just wonderful to be here with you people. https://wizardofvegas.com/forum/gambling/betting-systems/33908-the-adventures-of-mdawg/
ChumpChange

MDawg
Joined: Sep 27, 2018
Let's set aside advantage or no advantage play for a moment, and consider only variance.

If the variance of a gaming session is viewed as a sine wave, 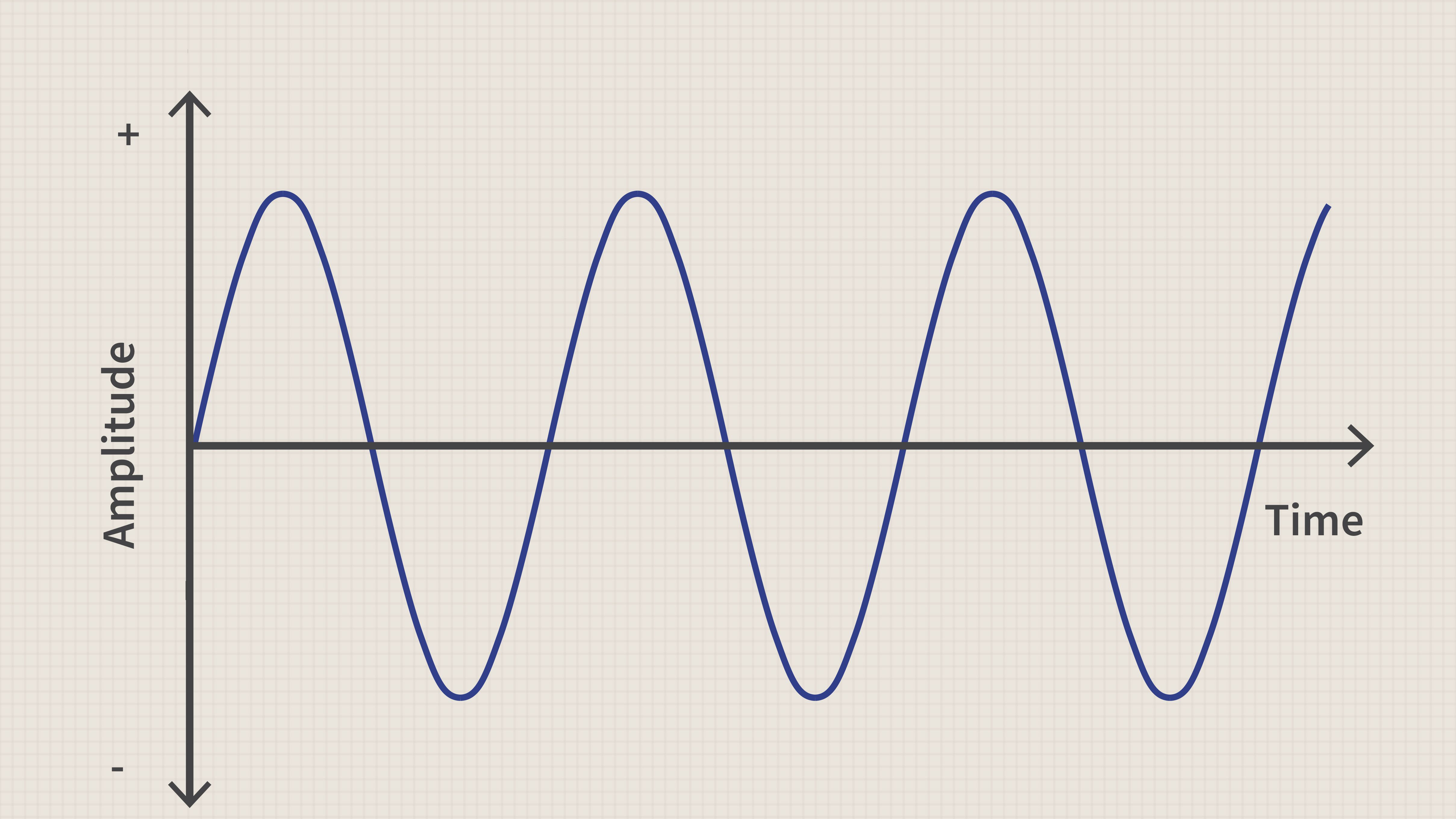 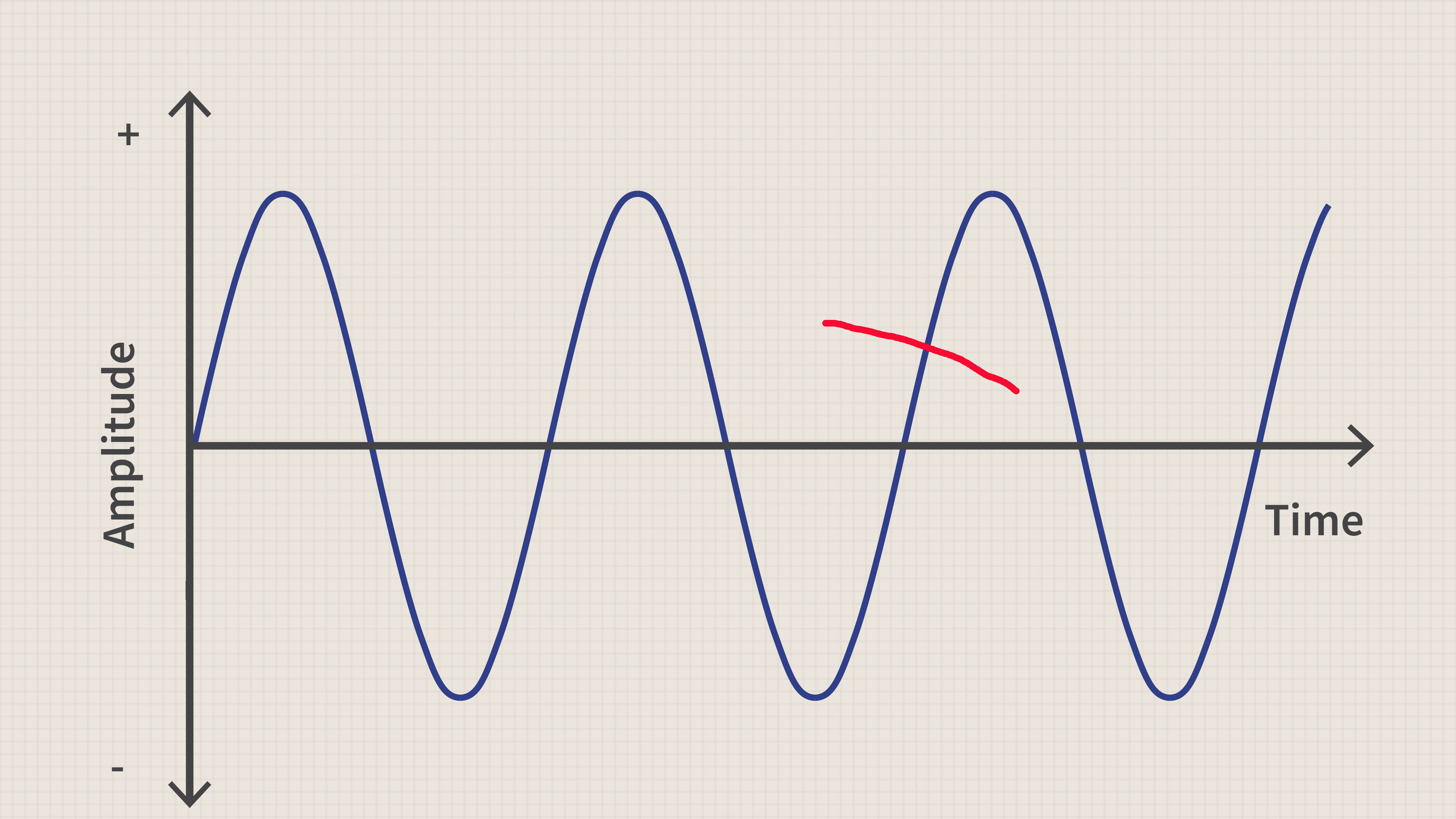 that is not to say that when the player resumes play at some point in the future that he will resume play at exactly that same point in the variance - so to say that all of one's gaming sessions combined equal just one long session, is simplistic, when variance is considered. Rather, each session has its own independent ups and downs and unless the player resumes play at exactly where he left off for purposes of variance, resumption of play is not exactly a mere continuation of the same play.

Getting back to the sine wave of variance, if a player always tends to quit when he is losing, at the bottom of the variance curves, such as here 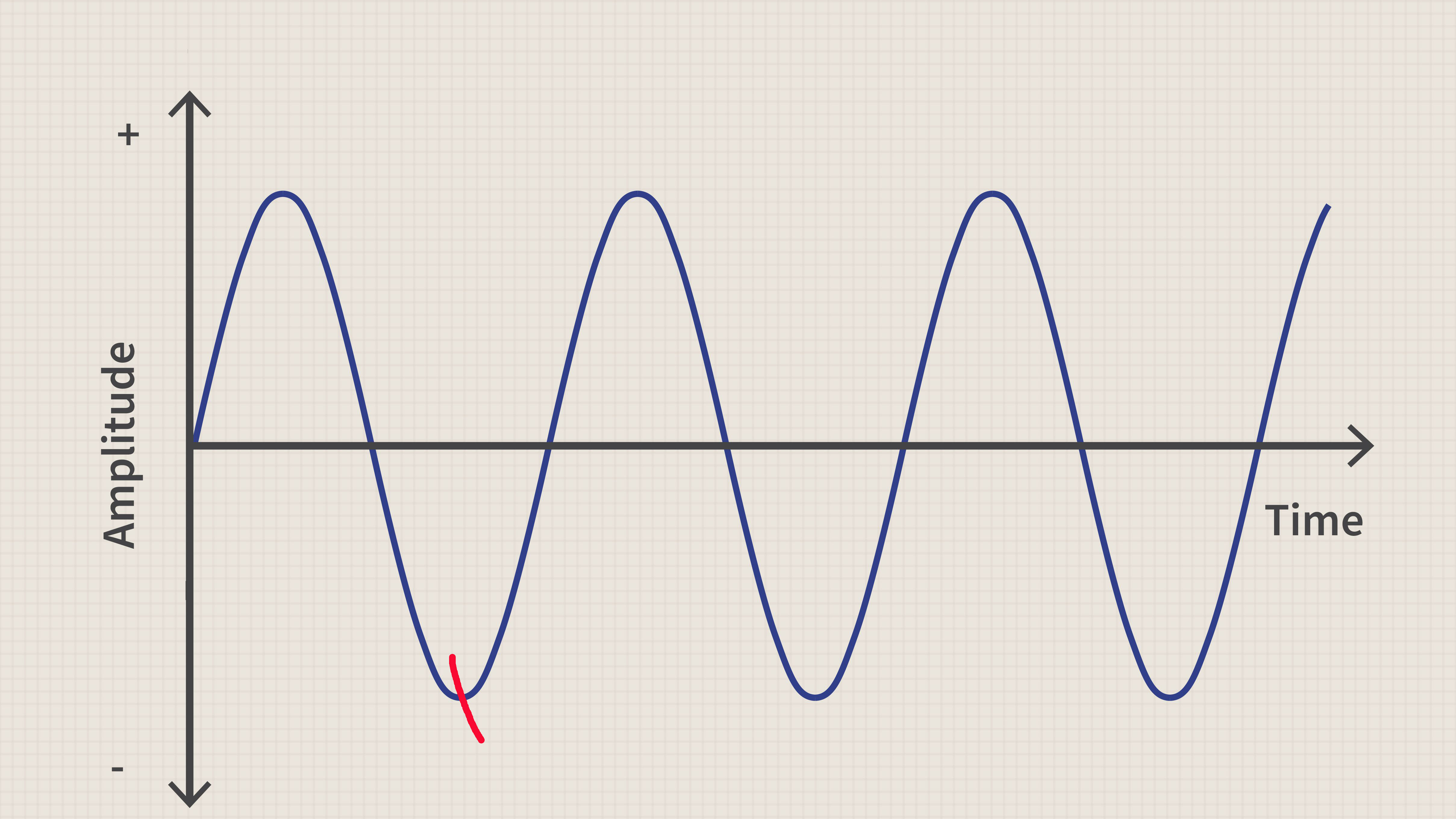 he's going to tend to have a lot of sessions strung together where variance was against him at the moment that he left.

On the other hand if a player tends to get up and leave after variance was in his favor, 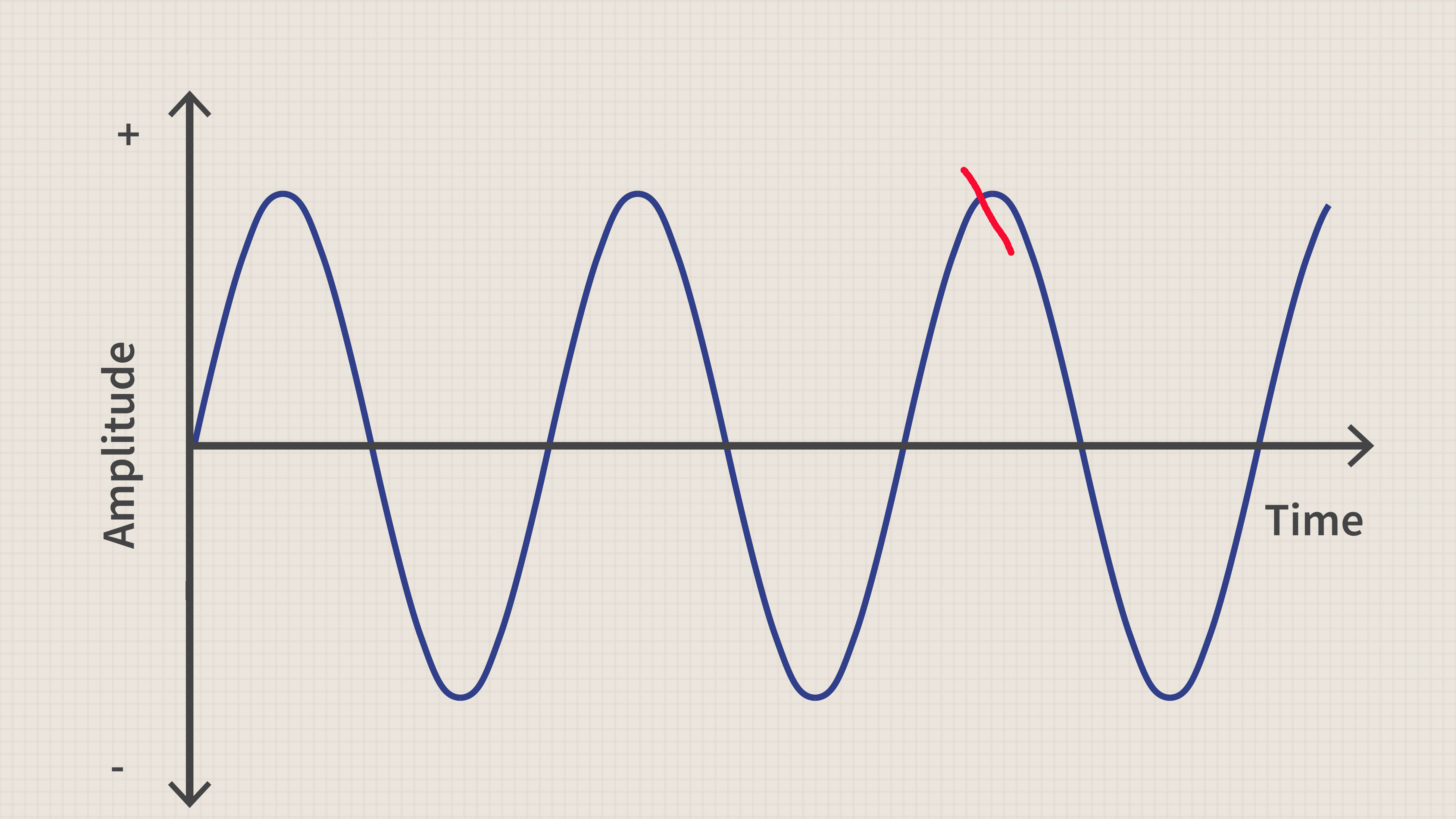 and the chips were stacking his way, he'd tend to put together a lot of sessions where he was winning.

Add to the equation a player who varies his bet a lot, and variance might swing even more widely up and down, making the difference between leaving while ahead, or behind, even more pronounced over numerous sessions.

(Ninety some percent of Vegas visitors are ahead at some point during their trips, but the vast majority keep playing until they are behind.)
I tell you it’s wonderful to be here, man. I don’t give a damn who wins or loses. It’s just wonderful to be here with you people. https://wizardofvegas.com/forum/gambling/betting-systems/33908-the-adventures-of-mdawg/
MDawg

and pictures of the Strip in general, same night. 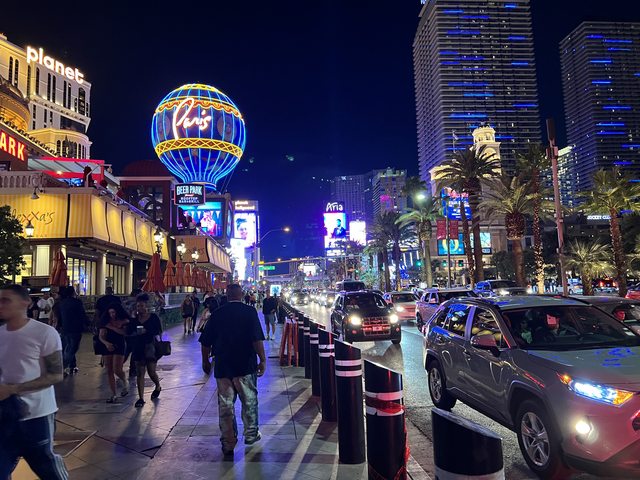 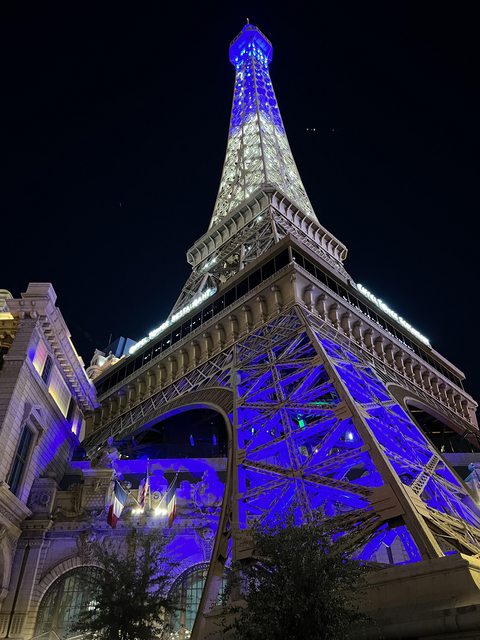 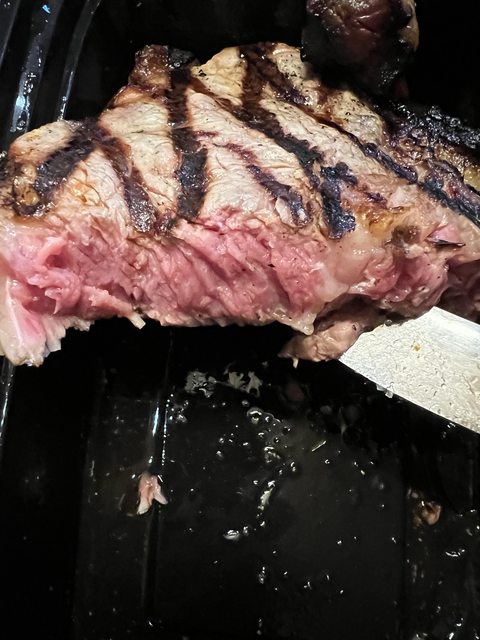 Take out steak ordered rare, becomes medium rare or close by time the container is opened.

All do respect but that does appear to be rare, just a bit different cut than you're normally used to. You can tell by both how the center looks and how little of it is cooked on the edges.
TigerWu

TigerWu
Joined: May 23, 2016
That is absolutely a rare steak... very reddish-pink all the way through.
MDawg

MDawg
Joined: Sep 27, 2018
Let's get Ace2's input.
I tell you it’s wonderful to be here, man. I don’t give a damn who wins or loses. It’s just wonderful to be here with you people. https://wizardofvegas.com/forum/gambling/betting-systems/33908-the-adventures-of-mdawg/
ChumpChange

ChumpChange
Joined: Jun 15, 2018
The variance I see is losing 100 units over time and the upswing might be 20-50 units, but you'll still be greater than 50 units behind. Then comes the next leg down of -100 units, and will there be a dead cat bounce where winning 20-50 units back is possible. It just goes on & on with -100 units and winning back a lackluster portion of that, until suddenly you're down 1000 units. How do you recover from that? 20-50 units at a time, lol.
DRich

That is absolutely a rare steak... very reddish-pink all the way through.
link to original post

I would call that medium rare. Rare is generally red and not pink. 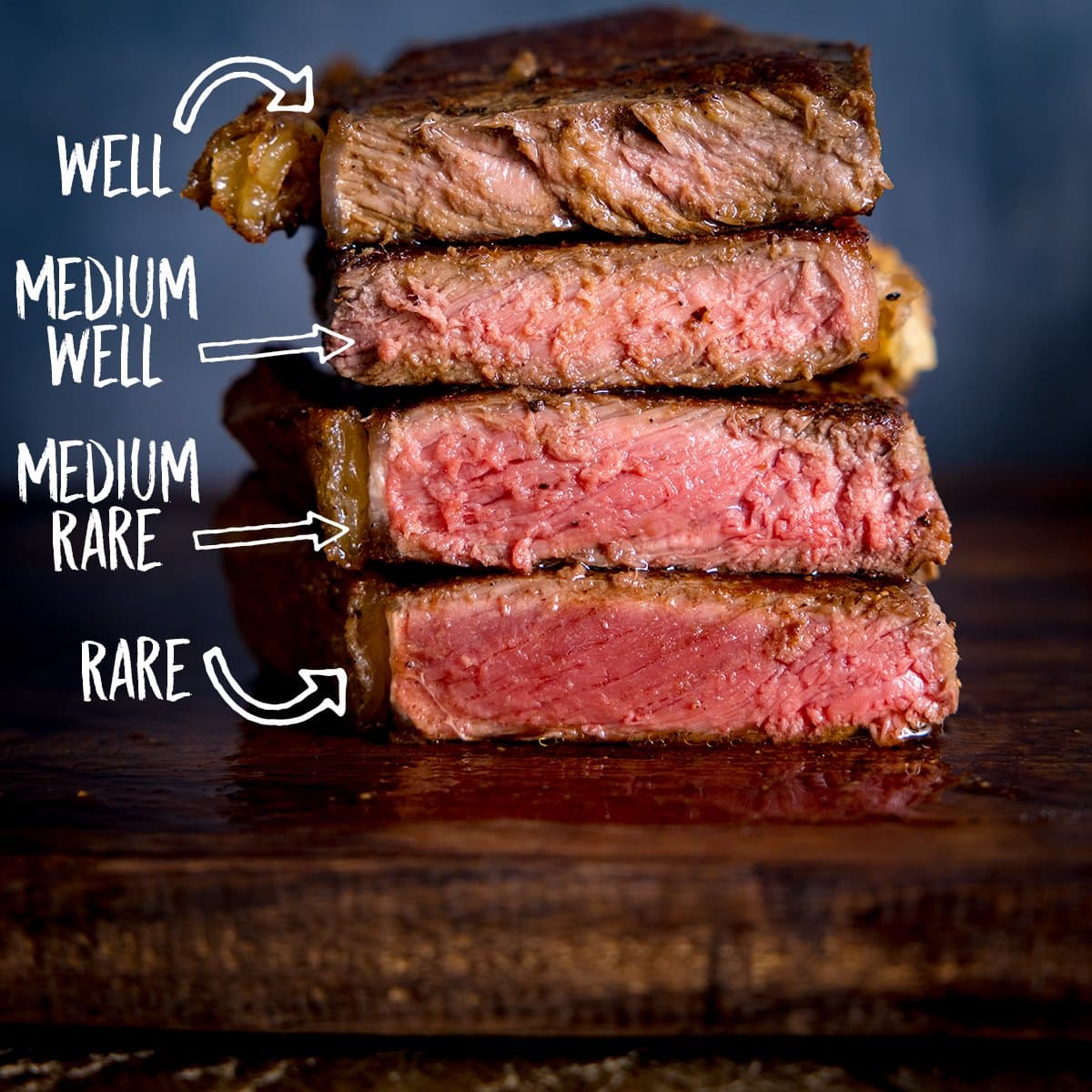