They say, 'A good classic never dies,' and that is just as much true in the realm of gambling literature as it is in any other.  It is with that mantra in mind that I offer the following review of Bob Dancer's, Million Dollar Video Poker: 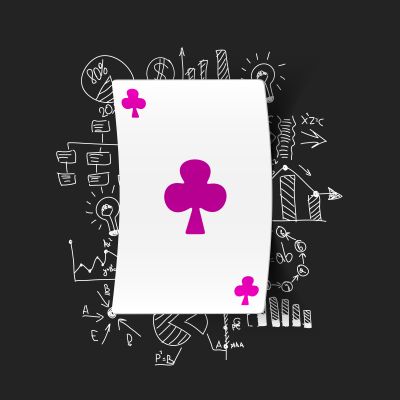 The first aspect of this book that needs to be pointed out is that it is NOT a strategy book, it is a biography that, at times, reads like a novel.  With that said, there are certainly pieces of Video Poker strategy (mainly used on an, 'As needed,' basis to highlight how difficult correcting for certain pay schedules can be) to be found within the work.  The observant reader will also learn a good deal about how to look for, and combine, promotions to achieve a mathematical advantage.

It would be remiss not to mention that the first 25-40% of this book, or so, really kind of slogs on.  It is a necessary part of the story dealing with the author's early days as a (semi-professional?) Backgammon player and gambler at the game of Backgammon.  The book then goes into how Dancer got his start on the Las Vegas Video Poker scene and his time as a quarter-level player.

The problem is not so much that it is bad reading, these sections of the book are reasonably good reading, and in many ways, the rise of Bob Dancer, as it were, could potentially be the most interesting part of the story.  The decision that takes away from the reading, at least in the paperback version, is to divide the sections into headers  rather than chapters.  The result of this decision is sections that tend to bleed (and not seamlessly) right into one another with the overall result seem like the book is jumping from topic to topic with little to no segue.

While the book never does abandon this formula of using headers rather than chapters, the sections under the headers become much longer when the author gets into the longer term plays upon which he embarked, and which would mark the middle to late stages of his career in this book.  As a result, the latter half of the book flows extremely smoothly, though largely by virtue of dealing with so few events.

The biggest surprise in the book is that many low-level AP's or recreational players have a tendency to put Dancer on some kind of mini-pedestal and be under the assumption that he is positively robotic in his relentless pursuit of Advantage Plays, but as it turns out, nothing could be further from the truth!  Around the mid-point of the story, the author embarks on a play by which he is GROSSLY over-betting his bankroll and knows it.  There may have even been a subtle implication that he would have had to drop back down a level had that not went well for him.

That is not the only time that the author would establish a set of rules for his play and later break those very same rules.  He over bets his bankroll at a later time in the book too, though not nearly as grossly as he did in the middle part of the book.  The one rule that he never breaks, however, is that he will not play when he is at a mathematical disadvantage...with exception to one particularly hilarious anecdote in which he did so unintentionally!  Honestly, this particular anecdote is a very non-Dancer like mistake and is one of those, 'We're all human,' moments, the book is worth picking up just for this spinning of this yarn alone!

Beyond that, the book offers an intriguing look into the author's motivations for doing what he is doing.  It is fair to say, for instance, that Bob Dancer did not become a Video Poker celebrity by happenstance, it almost seems that becoming a Video Poker celebrity was a goal of his.  At one point in the book, the author all but says, (paraphrase) "I might not be the absolute best, but I am certainly one of the best, and I am definitely the best you've heard of."

The author also loves the, 'Comped,' life and is not afraid to make that absolutely clear to the readers!  While Dancer maintains that he would not knowingly play at a disadvantage, he makes it absolutely clear that eating for free at the best restaurants and staying in the nicest suites either is or was a prime motivator for doing what he does.

There is a section (the final section of the story, essentially) that dealt with a great play at MGM in which Dancer spelt out exactly from whence his advantage was derived in painstaking detail.  He did this for other parts of the story, as well, but this advantage was in terms of hundreds of dollars per hour.  Unfortunately, if a layman can understand what he is saying, (and he could) then so can anybody else, and anybody else could very well include the slot directors that decide these things.  Far be it from this reviewer to accuse anybody of TMI, but, TMI!!!!

Aside from that, the ultimate effect of the overall story is that Bob Dancer becomes a bit more humanized and down-to-Earth than he would otherwise seem to appear or presents himself on Gambling with an Edge.  It turns out that Bob Dancer is not by any means a Video Poker God, but is simply a man who has risen.

My final score for this book is an 8/10 with points deducted almost exclusively for the prodding and disjointed first 25-40% of the book.  Some parts were actually difficult to power through.  With better organization in the beginning to improve readability, this could have been a nearly perfect book.

This book is HIGHLY RECOMMEND for all Advantage Players and all gamblers who are curious to see what it is like to be on the, 'Other side,' a highly accomplished professional who started out small.  In terms of repeat reading, some sections of this book may be useful as guidelines to better analyze promotions, but it is likely not a book one would otherwise read more than once.

Suggestion for the next review in your series: Read one of Michael Konik's books. Just excellent, imho.

I would be happy to do so, could you provide me with a more specific recommendation? I don't believe I have ever read any of his books.

Are promotions that Dancer described - winning extra $ because you hit a certain quad still ongoing in Vegas? I've checked my local casinos here in the Gulf Coast - and the only promos seem to be a chance at winning free play if you generate enough points to get your name drawn. And free play isn't cash - only theoretical.

Most casinos now only seem to offer "cash back" in the form of free play - at least here in the Gulf Coast.

Oh - and don't get this book if you're reading it on a kindle, it's not Kindle friendly. The formatting is off on certain pages and you can't finish the paragraphs.

There are sometimes coupons for such promotions, but they certainly don't seem to be as frequent as what was described in the book. Enough theoretical can certainly be worth going after if you believe that it is a fair drawing, which it almost always is. A big part of that equity, however, will be trying to determine if your tier level qualifies for any automatic entries, and if so, how many. Sometimes other tier levels will qualify for so many more entries than you do as to make he drawing near worthless to you.

Cash back in the form of Free Play is a very standard marketing tool these days, and sometimes positive situations can be found there. It takes some testing though, I say no more on that for the time being.

Good tip about the Kindle.

I've been reading the rest of Dancer's book - and I wish I'd read it 9 months ago. I've learned enough to know that I have a lot more to learn.

You're welcome, and while it is an excellent book, it is only one resource of seemingly unlimited resources, including these websites.