The Future of Interactive Gaming (Part 1 of 5)

This Article is going to be the kickoff to a five-part series on the potential future of Interactive Gaming in which we are going to discuss both theoretical and actual games in development where player skill can contribute to the return of the game. 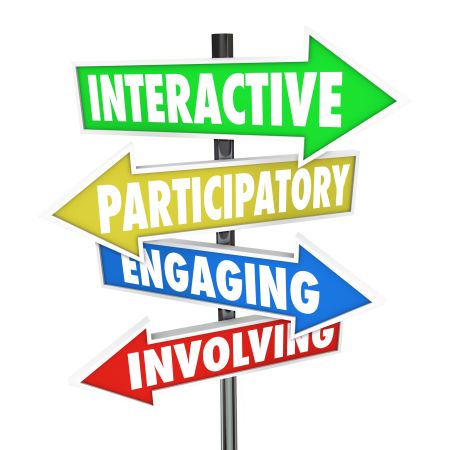 The fourth and fifth parts of this series will come in several weeks.  The fourth part will consist of a post G2E Interview that Aaron Hightower of NanoTech Gaming (Forum Member AHigh) was kind enough to agree to and the final part will be a conclusion, of sorts.

The goal of Interactive Gaming can be summed up in a single word:  Immersion.  Immersion in a game of chance, skill, or both can come in three forms: Physical, Mental or both Physical and Mental.  What the concept of Interactive Gaming seeks to do is to achieve gambling games in which the player becomes immersed and has more direct involvement with a game than that allowed by a simple pull of a handle (or, more commonly now, press of a button) or turn of the cards.

Many gamblers are not wholly unaccustomed to games in which decisions and/or skills matter.  There are a litany of examples of games in which such things matter and have a direct impact on the EV of the game, from player to player, such as Video Poker, Blackjack, Live Poker...and countless others.  Granted, these games, and even basic slot machines can be immersive, but the goal of Interactive Gaming should be to appeal to a more sophisticated, and in many cases, a more intelligent player.

From a standpoint of intellectual involvement, AP's excluded, there are any number of hollow and vapid games on the casino floor.  I would suggest that the majority of Slot and Keno games are hollow and vapid to the extent that the stimulation offered is largely visual and auditory, but perhaps not truly mental.  There is, of course, an inherent exception for people who attempt to AP slot machines by way of discovering when a machine offers an advantage and attempting to exploit those situations, but by and large, most players of slots are playing a hollow ad vapid game that does not stimulate the intellect.

Enter Vegas Pinball 2047, a game in which (if the player chooses) the player might affect the Expected Value of the outcome based on his physical and mental skills with respect to how well he plays pinball.  The next Article in this series will take a closer look at this game, so we'll save any descriptions of the game for that Article and focus more on generalities in this one.

The Gaming Industry, to some degree, has changed with the times.  While it is true that cards, dice, balls and wheels have existed, literally, for centuries, change is coming fast because technological improvements have come fast.  As a result, the possibility exists that, as we move from one generation to the next with respect to the demographic of the core gambling crowd, games will move accordingly.  For any who doubt that, let's consider that they already have.

If we look at one of the most basic slot designs possible, you would have a three-reel single-line game in which a player bets x credits and is paid based upon lining up three like symbols on the payline.  Simple.  However, to a large degree, no longer sufficient.

Electronic games have changed as times have changed and as the young generation turned into the middle-aged generation that comprises a not insubstantial segment (i.e. the majority) of the gambling market.  We've gone from people who grew up watching, "Rabbit-ears," TV's to people who have watched TV's containing something in the way of high-tech production to people who are now more accustomed to LCD's HDTV's and computers...and the graphics associated therewith.

The inevitable result of this changing technology has been that, for Electronic Games of Chance to remain interesting and cutting edge, they have to offer better graphics.  In addition to better graphics, however, much like we have become accustomed to having more than two channels and innumerable websites available on the Internet, Electronic Games had to begin having new features.

They say that necessity is the mother of invention, and certainly games meant to appeal to a crowd unmoved by low-tech options appeared quickly.  We now have multi-line games, games that have bonus games that often consist of an entirely unique reel assignment set, we have games with Wilds, games with Stacked symbols that turn into something else before the bet is fully resolved and innumerable themes out there on the casino floor.

The next generation of gamblers is the video game and computer generation, and we are coming to your casinos fast!  We may not be the most important market segment right now, but rest assured, we will be.  The difference between us and recent generations is not that we have experienced these high-tech graphics and potentially limitless choices with respect to how we spent our time, no, the difference is that we grew up with them.

And, we will demand them.

Another thing that we grew up with is fully interactive and immersive modes of entertainment.  Sitting down and watching something happen will not keep all of us satisfied because we are accustomed to being involved with the process.  We had the Nintendo Entertainment System, we had the Super Nintendo, we had Nintendo 64, and the generation coming after us not only grew up, but rather started out, with even better!

As a rudimentary example, I think of a slot machine with a space shooting type game.  Let's keep it simple, here, and just cut out a few statistics on this make-believe game:

Probability of Bonus Games: 1 in 60

However, what if the Bonus Game were a space-shooter type game, such as a higher-tech version of Galaga, in which a player could choose, "Unskilled," "Skilled," or, "Very Skilled," and that would reflect the range of potential Bonus Return based on past performance of previous players?

The effect of skill would be how well you have played compared to previous players.  We can see that if someone chooses, "Skilled," and gets the highest score ever and then quits, that the Expected Return of the game for that person is:

Which would yield a thin 0.556% Player Advantage.

The outcome of every single bet would still be determined by chance, after all, you have to hit the Bonus Games to begin with, but then it would also be determined by skill.  In the case of a Bonus Games type system, the player can actually see his/her pay for the Bonus Game going up based upon how many enemies he/she manages to shoot within the allotted time and the point value of those enemies.

An important distinction is that the, "Unskilled," player would still be able to play and enjoy the game.  There could even be a screen that indicates how much the player would have won, in credits, if she had been playing the, "Skilled," or, "Very Skilled," mode.  This incentivizes continued play for the Unskilled player (who always has an EV of 90%) until she reaches the point where she thinks that it would be better to play the, "Skilled," or perhaps, "Very Skilled," mode.

After all, us kids have been doing it for years with no financial incentive whatsoever.  Actually, we've spent money with no hope (professional gamers and friendly bets aside) of ever achieving a positive financial return.  We played the game simply because we enjoyed improving our skills, becoming better at our interaction with the game.  This sort of interaction has been a part of our lives since early childhood.

And, we will demand it.

Problem is, the 'kids' that would want to play this
have no money to play it. Can you give an example
of why a casino would want this, other than a short
term curiosity item?

What kids would those be?

My point is that the kids are getting older, and soon enough, the generations in question will be the demographic with the money. Like I suggested in one of these Articles, I think the only potential downfall in this is that might be too far ahead of its time.

As for skill based games, that seems more aimed at the Baby Boomer generation. Those are the kids who played skill games from dawn to dark. Surely PINBALL is not aimed at millennials. None of them ever put a nickel in any
pinball machine or had the front legs of same up on their shoes,, carefully avoided the TILT feature ?