pacomartin
Joined: Jan 14, 2010
New York State has had to give up more congressional districts than any state in the Union (18 in the last 70 years). They must give up 2 more by the next election.

The favored candidates were the 9th, held by the Democrat John Weiner who disgraced himself, and the 25th in upstate New York, held by a freshman Republican for only the last 36 weeks.

But this Republican win in the 9th means that the Republicans won't want to give up two of their seats. Republicans now hold three seats in the greater New York Area (13th in Staten Island, The 9th in Brooklyn and Queens, and 3rd in eastern Nassau County)

NOTE: This map does not reflect the GOP win in the 9th district Maybe you can learn from your mistake then, if that's what you think.

Maybe. Now I know that it's a mistake to give you the benefit of the doubt, and maybe I should just start at assuming the worst.

Thanks for the laugh. Who's the one who chose to pontificate on my post? I didn't even have to answer your post in the first place, and I certainly didn't agree to some rules of engagement. So, declare whatever you want in your own mind.

I chose your post because it stood out as something insanely weird and revealing. I would choose similar posts if they were similarly illustrative. It is perfectly sane and appropriate to identify and expose thinking like that, which is harmful to everyone. The more times it's identified, the easier it becomes to recognize it - and subsequently disregard it and no longer vote for the political animals that espouse it.
pacomartin I would say that these two districts would make good choices to for elimination by next election. Kind of a sleaze balance.
pacomartin 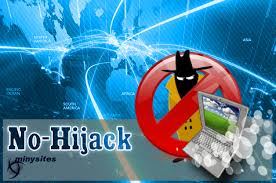 --Ms. D.
"Who would have thought a good little girl like you could destroy my beautiful wickedness!"
ThatDonGuy

Obama is done as President. The best that the country can hope for is that the Republicans nominate Rick Perry

I think that if Perry gets nominated, Obama gets re-elected, because there are enough moderate Republicans out there who would rather vote for a non-Pelosi-level Democrat than anybody that smacks of Tea Party.

IMO, Romney has a decent chance, but he has to get the nomination first.
rxwine

rxwine
Joined: Feb 28, 2010
Is all that's left of the GOP is RINO and tea partiers now? There used to be a middle ground. Or I thought there was.
Quasimodo? Does that name ring a bell?
AZDuffman

Is all that's left of the GOP is RINO and tea partiers now? There used to be a middle ground. Or I thought there was.

The Tea Party is the middle ground, if you believe in Constitutionalism that is.
All animals are equal, but some are more equal than others
EvenBob

EvenBob
Joined: Jul 18, 2010
Wait till the Solyndra scandel gets revved up. This reminds
me of Monicagate in that the press poohpooed it and ignored
it until it became a monster. If this was Bush, it would be on
NBC Nightly News as the first story every night. Because its
Obama, they ignore it.
"It's not enough to succeed, your friends must fail." Gore Vidal
RSS Feed