Your favorite is the police car, right Axel?link to original post

I was never in any doubt that you would focused on the police car all revved up in anticipation of seeing the policeman.
♪♪Now you swear and kick and beg us That you're not a gamblin' man Then you find you're back in Vegas With a handle in your hand♪♪ Your black cards can make you money So you hide them when you're able In the land of casinos and money You must put them on the table♪♪ You go back Jack do it again roulette wheels turinin' 'round and 'round♪♪ You go back Jack do it again♪♪
Doc

Doc
Joined: Feb 27, 2010
Not sure I ever really had a favorite car from a movie, but I did like the TV series "Route 66", including its centerpiece Corvette. The show aired while I was in high school and very early in my college eons. Apparently the vehicle was replaced frequently in a variety of colors that they felt photographed well in the B&W medium they were using for the series. While I have owned four two-seater cars over the years, I have never owned or even driven any model of Corvette, though I rode in one (maybe two) that stopped to pick me up when I was hitch hiking.

As for first-car stories, I guess you could say mine came with my wife. Her father had purchased a car for her to use starting in her senior year of college. He signed over the title when we married in the summer of 1968, and we registered it in both names. A few weeks later I purchased a second car, because I didn't feel quite right driving "her" car to work every day. I had basically no money, and all I could afford was a 100%-financed piece of junk: an early 1960's (can't even remember the exact year) Simca. In the 4 or 5 months I owned it, I blew through two engines. Gave up and replaced it with a 1966 VW bug that served us quite well.
JimRockford

"Truth is ever to be found in the simplicity, and not in the multiplicity and confusion of things." - Isaac Newton
MDawg

Here are the cars I loved as a kid. Can you name the movies?

Thunderball or some such?

I blew it with the DB5. These were available in the early 1990s for about nothing compared to what they sell for today. You could have had your pick of any one for around forty grand or so. Sixty grand tops. I was pretty young but still wanted the family to get one for some reason. It was hard to find a silver one though - most were green that were for sale back then.

That car was junk when it was brand new. Didn't it have a metal dashboard? On the highway it felt like you were riding in a tin can full of marbles. My first car was a 57 Volkswagen bug. 36 horsepower, no gas gauge, no heater came with the car. It was gutless and cold but it got me where I was going.

That was good! Vintage EB.

The dashboard was plastic, at least in the 77, as I recall. By the time it was mine, the plastic was very sun-cracked. I do no recall any rattling sounds. It had a very hard time climbing that hill around Thousand Oaks, going southbound on the 101. The best it could do was around 40 MPH going up. It also would only start on a cold engine. With a hot engine, the engine didn't want to stop. You could put it in neutral (it was a stick), take the keys out, but the engine would still keep putting for another 30 seconds or so.

The most unusual thing about it was the stick shift was on the steering column. It would freak people out when I drove them.
It's not whether you win or lose; it's whether or not you had a good bet.
DRich

The most unusual thing about it was the stick shift was on the steering column. It would freak people out when I drove them.

I am jealous. I have never driven a manual on the column.
Order from chaos
darkoz 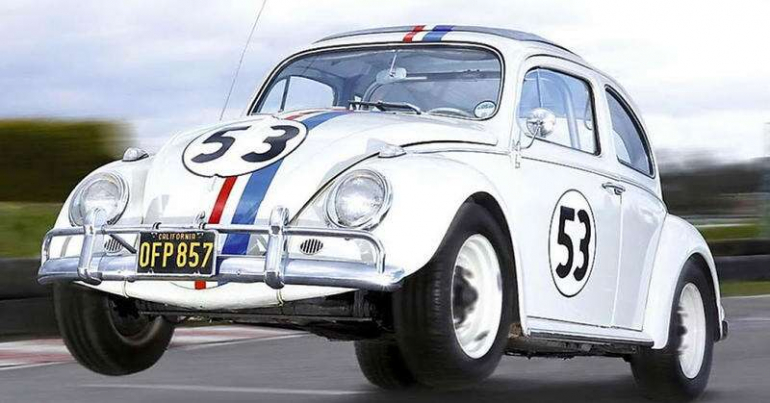 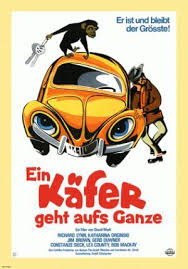 The name of this bug is Dudu. (That's the German and European name. Dudu probably reminds most American children of what they do in their diapers hence in America it was renamed the much more dynamic sounding Superbug!) 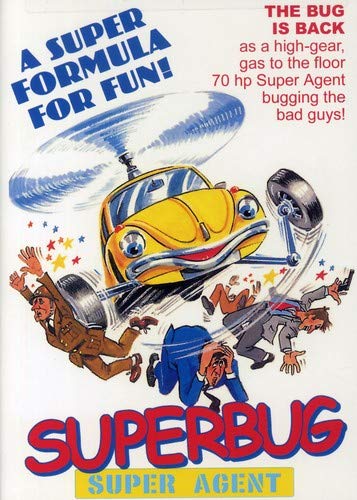 There were five films produced in the series. The first three made it to America so you can get English dubbed versions. I have a German boxset with no English but these were made for kids so not too hard to follow (except for the crazy fifth film)

The plot of first film is simple. A cross country race between colorful racing characters who of course have no chance against the magical Dudu. There is even an in-joke when they pass a white #53 beetle torn in half (how the first Love Bug ended. Superbug was produced before any of the Disney sequels.

Disney lawyers apparently we're sicced on the German filmmakers and the second to fourth films all produced through the mid-seventies are actually children's level spy thrillers with Superbug now a gadget gimmicky car with voice and AI (this predates the Knight Rider series btw) but nothing magical.

The main spy character is named Jimmie Bondie. (Yeah it's like that). 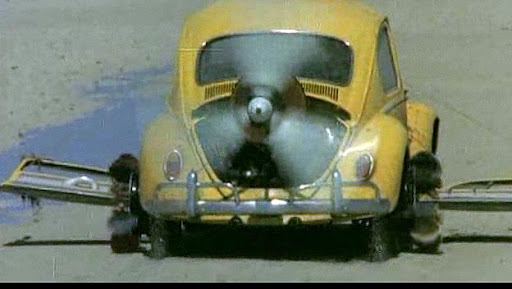 The fifth and final film was a total headscratcher for me

Dudu gets blown to pieces in the first five minutes and a spider-like robot becomes Jimmie Bondie's new "toy". The film is filled with sexually suggestive scenes (although no nudity) and a plot involving busting a South American gun smuggling ring with plenty of shooting and death especially in the final climactic battle.

It appears the filmmakers were trying to change the kids series into an ongoing Jimmie Bondie spy series by killing off the Superbug.

Very strange and misguided. The fifth film ended the Superbug franchise.
For Whom the bus tolls; The bus tolls for thee
JimRockford 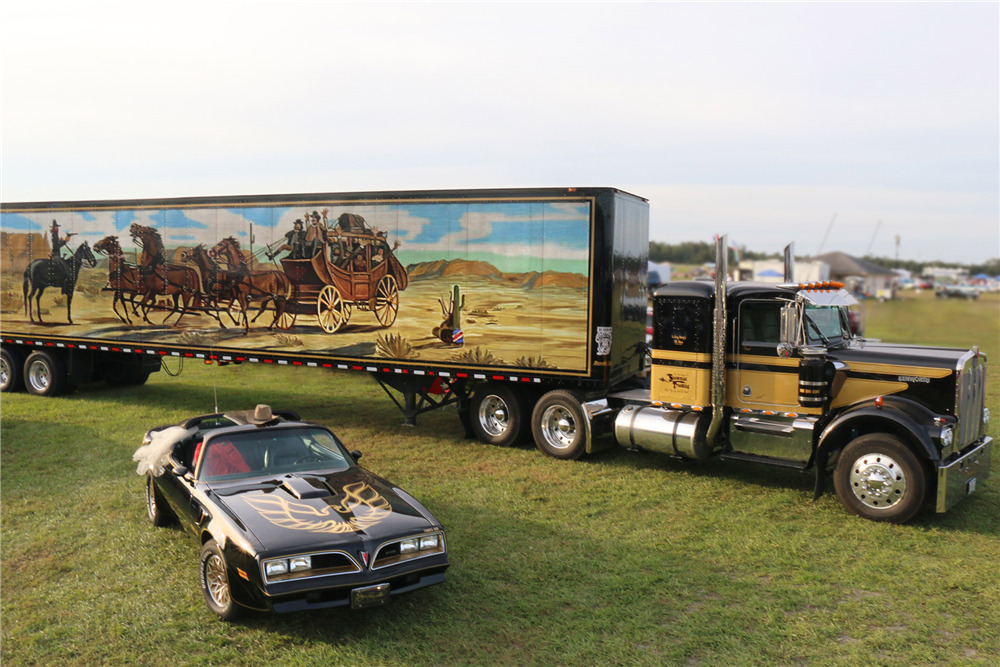 I like the Firebird of that era better than the Camaro, but I never liked that butt ugly bird on the hood.

But then again, I call myself Jim Rockford.
"Truth is ever to be found in the simplicity, and not in the multiplicity and confusion of things." - Isaac Newton
Gundy

Or is that done at the Dealership ?

Last edited by: JohnnyQ on Oct 1, 2021
Like the castle in its corner In a medieval game; I foresee terrible trouble And I stay here just the same
RSS Feed