DISCLAIMER: I have a two disclaimers to make: 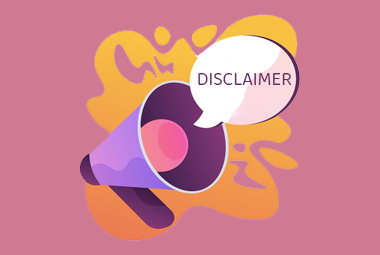 To the extent that current happenings are discussed, any such discussion is meant only to reflect what has happened---not Brandon James’ opinion of any of it. Anything that comes off as political opinion---one way or the other---is unintentional.

AND WITH THAT OUT OF THE WAY, this article is going to relate back to this one.

Okay, so what we’re going to do is take some snippets from my above-linked article and get into the results. For the purposes of simplicity, ALL results will ASSUME you already had money on PredictIt. The reason why is because many of the binary wagers (options) I proposed were predicated on NOT eating the eventual withdrawal fees on new monies added.

SPOILER ALERT: We won every single bet that I recommended and said I would also do.

This is free money, but only if you already have money on Predictit. There is no way in a million years that Joe Biden loses in California.

The only problem with this option is that you can’t really deposit funds to make this bet. The reason why is because you would bet $94 to purchase 100 shares. WHEN you win, 0.6 cents of your profits will be subtracted from your result, but that’s going to round up to the nearest penny and be a loss of $0.01/share. 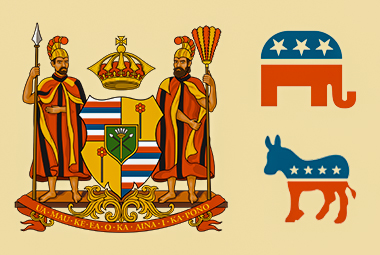 This is the same question as California in an even safer state for him than that one. I don’t know how a state can BE safer than California, but based on state polling, this one is.

Again, this is only useful if you already have funds in PredictIt and just want to grow your balance.

This is the exact same thing as above.

For this one, I felt like I had identified value on the Democrat side of this binary, but explicitly said that I wouldn’t bet it because there was too much, “Guaranteed money,” available elsewhere. The inefficiencies created on virtually sure things are so numerous that there’s really no reason to ever really gamble on PredictIt.

Say what you want, but of all of the state polls, only three in as many months have had Trump winning. Not only would the polls (in aggregate) have to miss outside of the margin of error for Trump to win Pennsylvania, but there would also need to be a sort of systemic polling bias that’s experienced amongst all pollsters such as to render polls meaningless.

Once again, I liked the Democratic side in this one and that side was a winner. Unlike Ohio, I remarked that there might eventually be enough there for me to take this line had it moved a bit more towards Republicans winning.

Leading up to Election Day, the result never really dipped enough for me to want it.

However, if you had been paying close attention on Election Day, then you would have had an opportunity where the two numbers completely flipped.

For those REALLY paying attention, that’s because Trump did fairly well when it comes to in-person voting in the state. However, those familiar with the way the PA election worked would know that a substantial number of ballots were mail-in AND that they were not allowed to even start counting those ballots until Election Day.

I was familiar with the mail-in and counting process and was paying attention on Election Night; I just wish it would have occurred to me in time to pass the word along in a previous article.

Plenty of ways to win on this one. One way would simply be to take Republican and, “Sell the spike,” but another way would have been to take the Republican for $0.44 (when the article was written) and then (if you had anticipated the Election Day shift) flip and take the Democratic side of it for a similar amount. Just hold both until resolution and you couldn’t lose.

Anyway, nothing for the running total in this one because I never announced if I ended up taking it or not.

***Vermont and Washington are basically variations of Hawaii and California for the same reasons. It’s not much free money (and it ONLY works if you already have money on the site) but it’s there for the taking if you want it.

This one was STRICTLY only if you had money on the site. If you had to deposit money to take buy a side of these options, then you would have lost money overall despite winning on the binary option. (After fees)

There are too many possibilities here to list as they all include percentages.

As of the time of this writing, don’t take any of them. Instead, look at this:

The total on Democrats winning the popular vote in the percentage question is $0.83 if you want to cover every possible way they could do it, whereas it’s only $0.82 to say that Trump will NOT win the popular vote.

This is another good one if you already have money on the site. In my opinion, Democrats should be 95%---at an absolute minimum---to win the popular vote. Because of that you will win $0.18 per share if that happens of which you will lose 1.8 cents in fees for gains of 16.2 cents per share. You will lose 5% of that (if you already have money on the site---otherwise---you’re also losing 5% of whatever you must deposit) for another .81 cents leaving 15.39 cents.

Okay, so I could have probably explained my position on this one more clearly.

At the time of that writing, there were two different ways you could have the Democrats winning the popular vote:

The problem I identified with #2 (which also included some Trump popular vote scenarios) is that the 10% Commission on your wins would have been greater. Therefore, I wanted the TRUMP-NO for $0.82 per share. 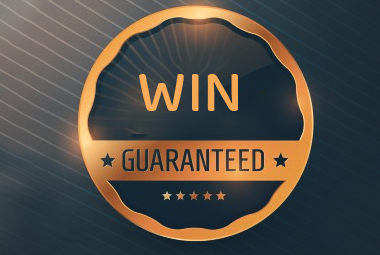 Okay, this is going to be a really weird one, so check this out:

Okay, so if you took every single one of the Nos at those prices, you would pay a total of $14.76 per set of shares as long as you can get these prices.

The way this is going to work is kind of weird. The worst result possible for you on these sixteen unique bets is that you will lose $0.98 on one of them, which will leave you with $13.78 of the original monies bet. However, that will mean that the other fifteen bets win by default, which results in total winnings of $1.22 per set of shares.

Okay, so the theory behind this was that you could take the NO on every single possibility and, as long as you could bet them all at the same time, there would be no way to lose. The reason why is because you only lose on one of these and the commissions are such a small amount of all of the ones you would win.

Hell, the bettor could even have maxed out on Dems 279+ as an impeccably good value option. Can you imagine? The Democrats would have needed 408 Electoral votes (assuming one Faithless Elector, or 409 without) in order for that to happen.

But, it doesn’t really matter. The point is that you could have covered every NO and be guaranteed a profit.

The one thing about this option was that it only works if you already had money on the site. The reason why is because you will ultimately eat a 5% withdrawal fee which makes this bet a loser on new monies. The only reason that I’m even listing it for these results is I thought that was a pretty slick thing to have identified.

You can get the, “No,” on Kanye West getting the third most popular votes for $0.93/share. I swear on my life this is a thing as of the time of this writing. Jo Jorgensen will get the third most votes and you should collect some free bucks on this Kanye West, “No,” if you already have money on the site. It’s not much, but it’s being given to you.

Come on, this was stupid.

At the time of that writing, Jo Jorgensen YES for third was actually at $0.94, and you would have needed her to do it (which was not in doubt), but $0.93 NO for anyone not named Kanye is obviously better.

With a total of around 60,000 votes, Kanye West came nowhere near third. 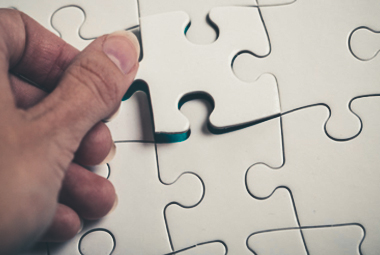 I have included the running amounts wagered (based on 100 shares of each option) and the running profits. The, “Big bet,” refers to the guaranteed winner of taking, “NO,” on every single Electoral College vote difference between the two. However, if you did not already have money on the site, you would be looking at the, “W/O Big Bet,” totals because that EC bet is not a winner if you have to deposit because you’ll eat 5% of all monies (deposit included) upon cashing out.

Another thing is that the returns are actually better than what I used. I assumed a roundup to the highest penny for the 10% fee on a per share basis, (because that was easy to do in my head) but by buying 100 shares of everything, you would pay exactly 10% on your gains every time.

None of these outcomes were ever really in doubt, which demonstrates the inefficiencies that are often created in semi-legitimate or legitimate binary markets that are often exploitable. One exploitable inefficiency identified (but only if you already had money on the site that 5% of which is lost to withdrawal fees anyway) was being able to guarantee a profit by taking the NO on every single Electoral College vote difference result.

If you are going to use PredictIt, then I would generally recommend playing for only, “Sure things,” and leaving any funds in there unless you really need them for something. The reason why is because of the 5% withdrawal fee, so if you withdraw and then deposit anew (and have winnings) you’ll essentially pay 5% on the same money multiple times.

Either that, or you can just play with a fixed amount deposited and withdraw any profits over and over again, as long as they will let you keep doing that.

Newbies should ignore the comment sections or view them with skepticism. These are used by traders to pump up bets using lies and misleading analysis of truths .Also, realize that there are no protections against market manipulation and it is easy to place many more bids than you can legally execute. Even though I can only buy 1700 shares of a 50 cent contract, I can place an unlimited amount of bids at prices at prices at and below the current ask price. Thus, I can create the illusion of tremendous demand for a contract. This fake demand will evaporate as soon as folks start selling. This can be done as a part of planned pump. The fake demand can be used to discourage other bids (who wants to get in line behind 100,000 other bids) so that the demand in a market will seem to collapse to almost zero in an instant. My example is for bid spoofing, but pumps can go in either direction by faking ask offers. Traders can get the most leverage from low cost contracts, but I have seen amazing pumps even for mid-priced contracts. If you are constantly panicking when pumps happen, you will lose very quickly.

I agree with that. I wouldn't take advice from the comments, but how people are talking can sometimes give insight into what people are thinking when it comes to the binaries---which can often lead to maybe having the insight to wait for a binary line than is better that one currently available.

The rest of that information vis-a-vis market manipulation is excellent, thanks for the comment!