While, 'The best laid plans of mice and men often go awry,' the best laid plans usually don't involve flushing large quantities of stuff down the toilet.  That is a lesson that Christian Lusardi of Fayetteville, North Carolina, has learned after being sentenced for attempting to cheat during the 2014 Borgata casino's, "Winter Poker Open."

Lusardi, an entrant in this poker tournament of well over 4,000 players with a guaranteed prize pool of two million dollars, (the winner was to receive over $350,000) decided to modify some poker chips purchased from a Chinese company to slip into the tournament.  While one might think that such a ruse would result, almost immediately, in detection as the overall amount of chips (and players individual stacks) wouldn't add up to the number of chips at the start of the tournament, there were actually only 27 players left at the time of the discovery of the counterfeit chips.

The counterfeit chips were not discovered on Lusardi's person, though.  Apparently, Lusardi seriously overestimated the capacity of the pipes of the toilet of his hotel room at Harrah's casino as the toilet (as anyone not named Christian Lusardi would expect) got clogged with the counterfeit chips. 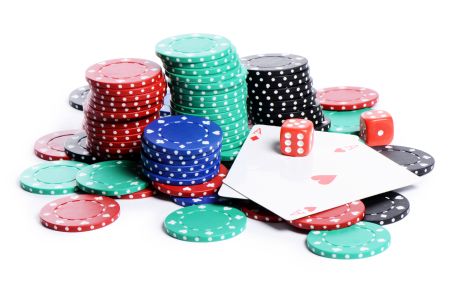 It was determined that Lusardi had been in possession of well over three million in fake T5000 and T25000 chips.  My guess is he must not have been a terribly good poker player if he thought he'd need that much.  By the time the counterfeit chips had been discovered, Lusardi had successfully introduced 800,000 worth of the counterfeit T5000 chips into the event.

His sentence is for trademark counterfeiting and criminal mischief  and will total five years.  In actuality, there are two separate sentences, but as the prosecutors recommended, those sentences are to run concurrently.  He has also been ordered to pay the Borgata $463,540 for lost tournament revenue (Borgata ultimately had to cancel the tournament and refund the players) as well as an award to Harrah's of $9,455 for the damages caused to their establishment.

It's difficult to say how he will be able to pay these obligations as he has been sentenced to five years for DVD bootlegging in a separate case.  We can only hope that he doesn't try his hand at counterfeiting money when he gets out.

Sadly, Lusardi did not even fare well in the tournament even aided by his phony chips.  It has been reported that he was knocked out on the first day in group 1A, despite the fact that he had introduced some of his fake chips into the event.  However, during group 1B, Lusardi rebought into the tournament and actually managed to finish that session in the chip lead for that group.

Despite the clear advantage that his fake chips provided, Lusardi was knocked out of the tournament the following day, although, he did receive a $2,000 cash bonus for finishing the previous day as the chip leader...despite it being reported that he wasn't witnessed being involved in much post-flop action.

It has also been inaccurately reported by multiple sources that the, "Winter Poker Open," was entirely cancelled, that is not the case.  The event fouled by Lusardi was actually just the first event of the tournament and the remaining events of the tournament were all carried out.

This incident also demonstrates what desperation can do to a person.  Even though it was discovered, with 27 players left, that there were counterfeit chips, the New Jersey Division of Gaming Enforcement and the Borgata had little to no idea how they would determine who introduced the chips into the tournament.  That means that, had Lusardi just taken a brief moment to really try to understand how plumbing works, (it's not a bottomless hole) and had done...I don't know...almost nothing instead, he probably wouldn't have been caught.

Honestly, he probably could have just driven somewhere and thrown the chips in a dumpster and nobody would know who fouled the event to this day.  But, then, the guy's an admitted DVD bootlegger, so I think we can take it for granted that he's not the smartest guy walking the Earth.

The resolution, as it were, of the tournament was also poorly handled by the New Jersey Division of Gaming Enforcement.

As you can see, in their infinite wisdom, the New Jersey DGE determined that players finishing in the Top 27 would receive $19,323 apiece.  In other words, that is nowhere near the Expected Value that the players who believed they were down to the final three tables had remaining in the tournament.  This is especially true of the players with the deeper stacks going into the final sessions.

Furthermore, the DGE determined that the 2,143 entrants that may have been impacted by Lusardi's counterfeit chips would receive $560, despite the fact that the entry fee was $60 per entry.

In my opinion, this does a great disservice to the players who managed to reach the final 27 whereupon the fake chips were discovered.  I'm not suggesting that they had an unfair advantage (to a point) by way of winning chips that should not have been introduced into the tournament, but I think it is hardly thorough work to determine that 2,143 entrants may have  been affected by the fake chips.  Basically, rather than do a thorough investigation into who played at what table, (assuming such records even exist) the DGE simply decided that anyone that ever played in the same room with Lusardi and ultimately busted out might be an affected player.

I also think that the Borgata sucks as a result of all of this, but then, the Borgata hasn't exactly been my favorite venue lately.

Think about it, though:  Would it really financially destroy the Borgata to pony up and allow the final 27 players to play for what would have been the prize pool had it not been for Lusardi's crime?  Assuming they had kept things preserved appropriately, the Borgata could have theoretically gone through the chip stacks of the final 27 players, removed any of the counterfeit chips, and went from there.

I understand that it is impossible to effectuate a truly, "Fair," tournament as of the time that fake chips are introduced into play, but as you go further and further into the tournament, I think it can reasonably be argued that they have less of an effect on the play.  To wit, an extra $200,000 in your stack is going to serve you a lot better early in a tournament than it will late in the tournament.

I'm not saying that this whole ordeal is necessarily the Borgata's fault, as they have mentioned, this sort of thing is unprecedented in that casino.  My point is that the Borgata is a profitable enough casino (who certainly made money from the other events in the Winter Poker Open) that they could have let the final 27 players play as though nothing had happened and make up the difference in the prize pool.  That's precisely what happened with those who finished in 28th-450th, as they were paid according to their finish.

I think that if that is the standard, then the Top 27 should also be paid according to their finish, ergo, Borgata should have ponied up and let them finish playing.

Again, I'm not necessarily blaming the Borgata for what happened.  While it theoretically could have been preventable, it is difficult to imagine that anyone would ever try anything so objectively stupid.  Hopefully Lusardi will take advantage of the educational opportunities that will be available to him in prison, although if he does decide to learn a trade, I'm sure plumbing won't be it.

This is, in fact, a New Jersey State sentence, although, I don't know that you'll see much leniency. The first thing to consider is that this is actually two separate sentences, five years (Trademark Counterfeiting) and three years (Criminal Mischief). Furthermore, he was also sentenced, in March or April, I believe, to five years for bootlegging DVD's.

I tried to find out, but it seems to be unknown at this point whether or not these sentences will run concurrently with the DVD bootlegging sentence. If not, then he would have to have his time reduced off of the DVD sentence before he even BEGINS serving on this sentence.

As a result, I think that the DVD bootlegging is going to hurt any opportunity he has of getting out in under two years, as it is a completely unrelated crime. However, as a non-violent offender in all instances, I'd be surprised to see him do five years even if the sentences run consecutively.