In four of these cases, I'm not going to identify the casino at which some of these promotions took place because I like them and do not really have any particular vendetta against them.  I will be identifying one casino, though, because I'm not particularly happy with them at the moment, anyway.  In any event, here are the five worst promotions that I've personally experienced:

-Okay, this wasn't a bad Promotion in and of itself, per se.  In fact, it was ideal for a low-level guy like myself because there was very little risk and I think I had a trick that guaranteed me Free Play every time rather than one of the prizes like Food Court Credit, a Hotel Room, or a Free Buffet. 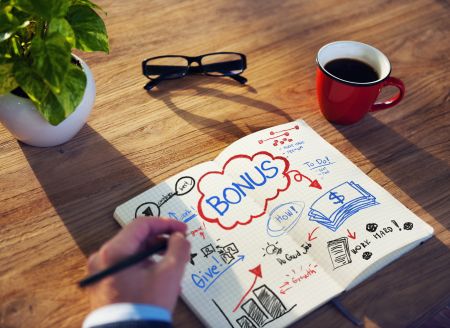 The gist of the Promotion was that you would earn x number of points, ($750 coin-in) and then you would go to this big display and enter an eight digit code and win a prize that consisted of one of the above-mentioned prizes.  If anyone were able to guess the correct code, (nobody ever did) then that person would win one million dollars, allegedly.

All of that was perfectly fine, and my average result (in terms of Free Play) was about $50 while I was able to play a game in which I only had an expected loss of $11.63, and that's if there were no slots at an advantage.  If you combine that with the fact that some of the promotion took place on a points multiplier day, (but you still needed the same number of Base Points for a turn at the code) then I actually had a very slight advantage right off the top with or without the code game.

The problem was threefold:

A.) They only had one code machine!

After checking with player services, they, "Seriously believed," that I could not, 'Bank,' codes and would have to take my shot at cracking the code every single time I earned 150 points rather than doing it multiple times.  And, actually, it turned out you could bank codes, but I never found that out until the last day of the promotion.

Basically what you end up with, then, is a long line of people (sometimes up to 30) at the code machine with a card reader that wasn't very good at its job necessitating that each card needed swiped three or so times.  When it finally did read the card, it sent the people straight into the game in which they had fifteen seconds to enter the code, more on that later:

B.)  They didn't staff (or plan) properly

Ultimately, the redemption of these things was absurdly redundant, you had a voucher which you used to take to the Player's Club to check your PC number against the number on your voucher to check against your ID to write you out another voucher for the same damn thing the original voucher is for!

Explain this:  Why could the staff at the buffet, food court, gift shop...etc. check the PC number against the voucher and verify the ID?  The answer is:  They did.  At least. they're supposed to.  So, basically you're comparing the ID to the Player's Card compared to the PC Number on the voucher...twice.

I suppose that wouldn't be so bad if they had five computers at the PC desk (they did) with five human beings attending them.  Instead, they had two.  Two overwhelmed people to complete a redundant task.  There were about fifty people in that line at any given time.

The only fortunate thing was that you could, 'Bank,' vouchers, as long as you were in line to redeem them by midnight that day.  Originally, you had to straight up redeem them by midnight that day, but when midnight came and there was still a line, this time more of a mob looking around for something to substitute as torches and pitchforks, they decided that if you were in line already. that would suffice.

C.)  The Code had a Time Limit

Every player had fifteen seconds to enter the code, which is good (in a way) because you didn't want this ridiculously slow line to proceed in an even more ridiculously slow fashion.  The problem was, while the screen counted down the fifteen seconds a person had to complete the arduous task of hitting eight buttons, (obviously, they didn't want people taking forever to do it) the time limit hadn't been previously mentioned prior to having swiped your card.

True, most people are going to understand what a clock counting down from fifteen means.  But, some won't.  And, I think those who won't are more likely going to be your slot ploppies, so you really want to keep them happy.

Anyway, the beleaguered PC Reps who were already inundated with a line had the added difficulty of people waiting in line to scream at them about losing their turn and could it be put back, (No, it couldn't) or skipping ahead of the line because their inability to understand a countdown clock was apparently more important than the person who waited patiently in line to redeem the voucher earned by playing the code game correctly.

It finished off a little more smoothly than it started, this being a two-week promotion taking place on Thurs-Fri-Sat, but that first week was really rough.

The first thing to consider is the fact that the players are spending sooooo much time in line when you really want them at the machines!  Yes, you could play at an advantage with this thing if you were playing VP or VBJ, but most people were just playing slots or Video Keno and couldn't win if EVERY SINGLE PRIZE was guaranteed to be some kind of free play.  If these people are standing up any longer than necessary, as the casino, that's really really bad for me.

They also managed to SERIOUSLY INFURIATE their higher tier cardholders.  How?  Unfortunately, the line at the PC desk eventually became so overwhelming that they declared they were taking people in order of the line and they shut down the higher tier level line completely!  They just couldn't keep track of who was who in the sea of humanity holding redundant vouchers.  Obviously, these cardholders were not happy with the temporary revocation of their privileges because, you really don't need the ability to skip the line only when there isn't actually a line!  You kind of want it at those times when there is a big line, I think.

The following week, they at least added more PC representatives and had another special code input kiosk.  They still hadn't solved the redundant voucher thing, which really should have been easy, because it only involves taking away a step, but what can you do?

Fortunately, this entry is going to be a bit less verbose than the previous one, because the problem with this was more straightforward.  Given my schedule, I don't typically participate in drawing-type things simply due to incompatibility with my schedule.  However, on one of the few occasions that I had the time, it happened to be snowing like crazy outside (basically a blizzard) and since it was a, 'Must be present to win," thing, I thought I had a pretty good shot.

I don't remember the exact breakdown, but I do recall it was $5,000 Free Play giveaway and it broke down something like this:

Something like that, but that's probably slightly wrong.  The most relevant aspect was one could win multiple times.

Okay, so you have these, 'Tickets,' but they are not physical, you just load them at the kiosk.  You got tickets for play that week and you got a certain amount of base tickets predicated upon your card level.  At the second-highest card level, I probably wouldn't have bothered because the highest card level started out with a ridiculous advantage, but due to the inclement weather, I figured I'd have a chance.

The main problem was the fact that players could load, 'Tickets,' they had already earned at any point during the week.  On the offers screen, people tend to just check mark every offer (including tickets) so a bunch of tickets got loaded.

The place was actually quite busier than I thought with, perhaps, forty-fifty people on the floor.  I thought it might be twenty, or so.  There was a separate line for people to get the Free Play loaded, so I was just standing there as names were being called on the loudspeaker and nobody was approaching the line.

I approached the desk, and the representative looked at me and asked, "Did you win?"

"Not yet," I replied, "But, I imagine I should eventually.  How long are you going to do this?"

Looking at him quizzically, I responded, "Call names of people who probably aren't going to be here.  You're going to have to call perhaps hundreds of tickets just to hit on one person who is actually here right now because of the weather.  Isn't there a way to get the system to just limit it to people who have had their card in today?"

This guy is really baffling me, at this point, but I continued, "Well, if you keep having to replace tickets who aren't here with someone else, it's going to take forever to give the Free Play away.  You could really speed this up just by going with people who you know are here, if possible."

"The names," he replied, "Are not being replaced.  They are here or they are not."

In this case, I suppose not too many people were upset as there weren't very many people there.  Ultimately, though, I think they called about three total names (one person won twice) of people who actually ended up being present.  So, the $5,000 Free Play giveaway ended up being the $90 Free Play giveaway.  Usually people who are not present are replaced until they arrive at someone who is present, but not this time.

Please see the second part of this pair of Articles for the Top Three!

I see nothing wrong with #4. I wouldn't have expected the casino to skip over people that weren't present.

I would typically agree with you, and perhaps this should have been mentioned, but when you throw a word like, 'Guaranteed,' in there...