Much Ado About Two (Part II)

What if the Paradigm Changes?

In the final part of my pair of, "Much Ado About Two," Articles, let's consider the possibility that the paradigm of the two-point conversion strategy changes.  Before we do that, however, you should probably read the first of these two Articles if you haven't yet.

In the previous Article, we looked at why a team to score first in the game would not be much more likely than they are already (very unlikely) to go for a two-point conversion.  My entire position in that Article was based on the assumption that, if the team going for two fails and the other team scores, that the other team would take an extra point and make the game 7-6.  The second assumption is that, if the first team kicked a successful PAT, instead, that the second team would be more likely to simply match the PAT.

But, what if they didn't? 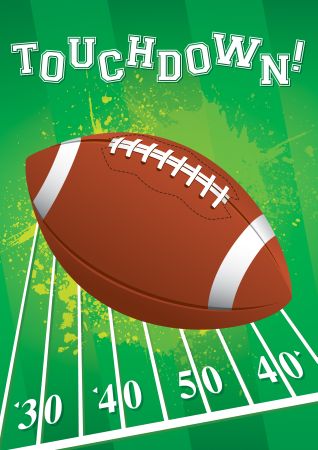 The entire crux of my first Article was about how the first team would not want to put itself at a disadvantage by going for a 50/50 shot at successfully converting for two because a failure would enable the other team to kick a high-percentage PAT and go up one, whereas, the other team would merely attempt to tie the game if the first team made a PAT.

What would drastically change the paradigm is if, when the first team in question scores the Touchdown and has a successful PAT, that the second team responds by going for a Two-Point Conversion in a 50/50 effort to make the score 8-7, in their favor.

It's true that failing the two-point conversion (which I'm going to say is a Variable 50% probability, because it would actually depend on that specific goal line defense v. that specific goal line offense) would result in the second team being down 7-6, but they could recover from that with enough time on the clock.  However, succeeding in that attempt would put them up 8-7 which is, arguably, a better position in which to win the game.

Ultimately, it's really going to depend on specific Goal Line offense v. Goal Line Defense match-ups (as well as the ability of your team's kicker) to determine which play has the greatest Expected Point Value.  However, if more teams did the mathematically correct thing when faced with a 7-6 deficit, (after scoring a TD, but before attempting a 2PT or PAT) then that would completely change the paradigm of what the first team to score a TD in that game or any should do.

If more teams respond to a single point deficit after scoring a Touchdown by going for the two-point conversion, then the theoretical first team to score in my first Article will need to consider trying to go for two more often so that their Expected Points total remains the same as that of the other team if the other team scores a Touchdown.

If that ends up being the case, it would be a complete game-changer for spread and totals NFL betting.  If we assume that nearly every Touchdown is going to result in a 2PT attempt, then in terms of value, you're going to see a difference in points difference of about +0.3, but then, given the increase in volatility with a 50/50 chance of success, totals betting is going to be much less predictable.  Of course, less predictability could result in flawed lines, which are good for sharp bettors.

Ultimately, I'm not convinced that the paradigm will ever change, and if it does, I think it is going to be a very gradual rather than, 'Across-the-Board,' process.  I also think decisions will be made based on limited sample sizes to the extent that, if the 2PT attempt fails a few consecutive times, or perhaps in a key situation that directly influences the outcome of the game, coaches will tend to shy away from being too aggressive with two-point conversions.

For one reason or another, I think that coaches in the 7-6 situation will be far more inclined just to opt for a PAT and make the score 7-7.  However, unlike the (I believe, strong) case I presented in my first Article for the first team to score NOT to go for a 2PT conversion, my position on the second team to score a Touchdown (or, in fact, any team down by one after a TD) is that they should always go for two.

Alright, I hope you're happy. I am in the process of writing an NFL simulation program to get to the bottom of this. Stay tuned for the results.

Per my promise above I wrote an NFL simulation program to test your theory. When I put in two equal teams, except team A always kicks and team B always goes for the two-point conversion, team B wins 50.33% of the time. This is based on your probabilities of 94% of making the kick and 50% for making the conversion.

However, I think your 50% may be too high. According to this source (http://blog.minitab.com/blog/the-statistics-game/what-effect-will-moving-extra-points-to-the-15-yard-line-have), it is 47.9%. If I use that figure, then expected points kicking is 0.94 and going for two is 0.958. Despite the greater expected number of points going for two, I find the probability of each team winning is 50.0%.

So, there is a little something to your key numbers theory but you are exaggerating its importance significantly. The reason most teams still kick I believe is because they think their probability of success in a two-point conversion is less than 47.9%. That most coaches are overly risk-averse probably fits into it too.

I plan to address this in much greater depth in my next Ask the Wizard column.

First of all, I want to say thank you for clearing this up. If there's one person that can bring a semblance of mathematical certainty (or, probability) to a situation where it is woefully lacking, that person is you.

I might not have emphasized it as I should have, but when I looked at those, "First Score," probabilities of what the result of going for two might be, my goal was essentially to highlight that the risk-averse strategy is not much worse (and some coaches would view it as actually better) than the Expected Point strategy.

Either way, it's very difficult to look at two evenly matched teams because two evenly matched teams almost never play each other. Instead of a Fixed probabilistic value of going for two, (which both our models assume) there is, in actuality, a Variable one that depends on the match ups of the two teams in question. That being the case, it stands to reason that some match ups are such that one team should always go for two and the other shouldn't, both teams should always go for two or neither team should ever go for two based on those Expected Point Values. Obviously, there are key situations that would still dictate that a team go for two (with a lower success rate) or take the PAT (with a lower Expected Points) as was the case prior to the Rule change.

For instance, from the most recent Pittsburgh Steelers game, it appears that Coach Tomlin may have decided that going for two had an Expected Success Rate at or above 50%, and of course, the Expected Points associated therewith.

In any case, I definitely appreciate you looking at my perspective with an open mind, (and all the work you must have done on the simulation) and I think we've probably found some common ground that was likely always there.

Thanks for the kind words above, Mission. Okay, I've spend three days on this and have presented my results in the last question of Ask the Wizard column # 293 (http://wizardofodds.com/ask-the-wizard/293/). Enjoy.