First of all, I'm not claiming that you have any inherent reason to believe me or anything that I say in any of my Articles.  In all of my Articles, however, I can say that every statement I make is made to the best of my knowledge, belief and information.  Furthermore, if I'm not 100% sure about something, I try to make that clear.

I would define a professional gambler as someone who either:

A.)  Derives the majority of his/her income from gambling.

B.)  Gambles successfully enough that the money that the individual in question generates gambling would provide, in and of itself, a more than livable income.

With that said, I am not a professional gambler, but I still know more than the average gambler about gambling.

The reason that I am saying this is that I recently received a message essentially stating that what I said in one of my Online Casino Promotion Articles, "Wouldn't work that way."  I re-read the Article, (as if I hadn't read it multiple times prior to submitting it) wondering if I had somehow made a math mistake, which I hadn't.

Now curious, I responded with the question, "Why wouldn't it happen that way?"

The person who sent the message, and wishes to remain anonymous though I am permitted to discuss the message itself, said, "Because there is no way that you will win the Tie Bet on Baccarat with this method."

The person replied, "Because you only get one chance to make the bet."

I had already stated in the Article that the bet was unlikely to win, but that the overall play (over the long run, with the bet winning the expected amount of the time) was a positive expectation play.  However, I think what the person really meant to say is something to the effect of, "The casino knows what you are doing." 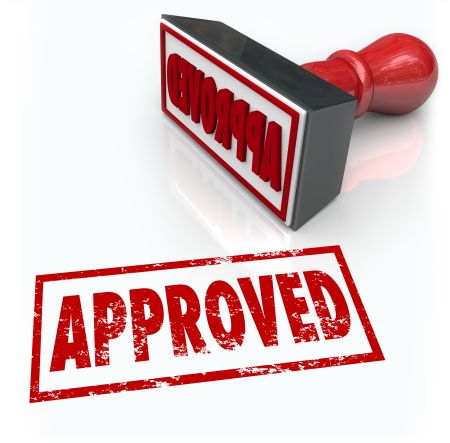 The first thing that I should say about the online casino Promotions that I analyze is that all of the ones I have done so far have been for Wizard of Odds APPROVED casinos, and when I branch into casinos that we advertise that are not approved, I will make a very clear note to that point.  When I branch over into Promotions available at our parent site, latestcasinobonuses.com, that are not Wizard of Odds APPROVED, I will absolutely point that out, too.

The Wizard only approves casinos in which he has the utmost faith and those that do not have a history of player complaints for rigged games or failed payouts.  In addition to that, many, if not all, of these casinos have been certified by one online casino testing agency or another.

When this certification takes place, there is an examination of both the gameplay and the software to ensure that it is fair.  In other words, to ensure that there is going to be a fair distribution of results regardless of how much the player is betting.  Casinos that do not ensure a fair distribution of results are generally going to be weeded out and will not be Wizard of Odds APPROVED to begin with.

Therefore, the first thing that I would suggest is that a player look at whether or not a casino is Wizard of Odds APPROVED.  Secondly, the player should determine whether or not an online casino has been certified by a testing agency, and then look into the history and credibility of that agency.

I'm simply presenting the Math on what I believe to be true, if a casino is Wizard of Odds APPROVED, then I believe that the software is fair and random...regardless of the amount bet.

The final step in doing it yourself would be to go to WizardofOdds.com and use the, "Play for fun," option to actually play the games.  A potential online player could read the Articles that I have written and Play for Fun (sometimes even on an online casino's own website) trying the strategy that I proposed in order to satisfy them that it works.  The biggest part of something that invokes a long-shot play like that Baccarat Tie Bet, for example, is getting past the Tie Bet itself, so just do that a few times and you will see that, yes, that bet does win about as often as expected.

However, some players might be concerned about the Variance of the plays for Beating Bonuses.  If nobody else, I can certainly appreciate that concern.  However, I attempt to propose the way that has the highest, or near-highest, Expected Value in the Articles that I write.  The method that is going to achieve that also tends to be the approach with the greatest Variance.  I'm certain that there are some methods that, betting less or making bets with a greater probability of winning, are still expected to be profitable...they just aren't expected to be AS profitable.

The strange thing about online casinos is that I think they benefit, in a way, from not having too many players.  In the long run, players will achieve the Expected Value of these Promotions, but the casinos make money when players play either:

B.)  With a Promotion, but not playing in a way that has Positive Expected Value.

That being said, I have no doubt that, if fifty million unique individuals all got online and created accounts at any one of these casinos within the same week and did a promotion according to a few of the methods I have written about for certain Promotions, then the casino would go out of business.

I mean, if you look at an Expected Profit of $40 and 50 million players, then that's 200 million dollars that would be won by players in the long-run, but in a week, the long run the casino is anticipating just got a LOT shorter!!!  I'm not confident that every online casino necessarily HAS 200 million on hand, nor do I think they should ever expect to need to.

The point that I am trying to make is that reputable casinos do not rig the game based on how much is being bet, and further, have no reason to rig the game in such a way.  While they will, ultimately, lose money to players who play at an advantage, they make enough money from those that don't to still be profitable.

I've said it before and I'll say it again: In a highly competitive market in which a business has very little with which to differentiate itself from other like businesses, differentiating itself in one of the few ways it can (strong promotions) and getting beaten by players who are playing at an advantage is simply seen as a cost of doing business, provided the player is playing within the Terms & Conditions.