The Wrestler was a great movie , regardless of whether one considers wrestling to be a real sport

Wrestling is real, if you're talking about WWE brother

The Wrestler was a great movie.
"Man Babes" #AxelFabulous
Mosca

With the Stanley Cup playoffs underway, I thought I'd see what everyone thinks earns the title of the best sports movie in category.

Football: North Dallas Forty. If you've never seen it (and lots of people haven't) get it from Netflix ASAP.

Basketball: I don't think there's ever been one worth mentioning.

As soon as I saw the title I thought, ōNorth Dallas Fortyö. GREAT sports film.
NO KILL I
billryan

billryan
Joined: Nov 2, 2009
Invictus.
Also a shout out to a made for television film called The Jericho Mile..
AxelWolf

AxelWolf
Joined: Oct 10, 2012
Did anyone mention Money Ball or Jerry Maguire ?
♪♪Now you swear and kick and beg us That you're not a gamblin' man Then you find you're back in Vegas With a handle in your hand♪♪ Your black cards can make you money So you hide them when you're able In the land of casinos and money You must put them on the table♪♪ You go back Jack do it again roulette wheels turinin' 'round and 'round♪♪ You go back Jack do it again♪♪
billryan

You forgot to write (1975) after "Rollerball". That's very important. The original is one of my all time favorite movies, but the remake is disappointing trash that should have never been made.

I made a joke this week that this was only a minor penalty in "Rollerball". The movie happened to be on the same night that Golden Knights choked Game 7 after that bad major penalty call. 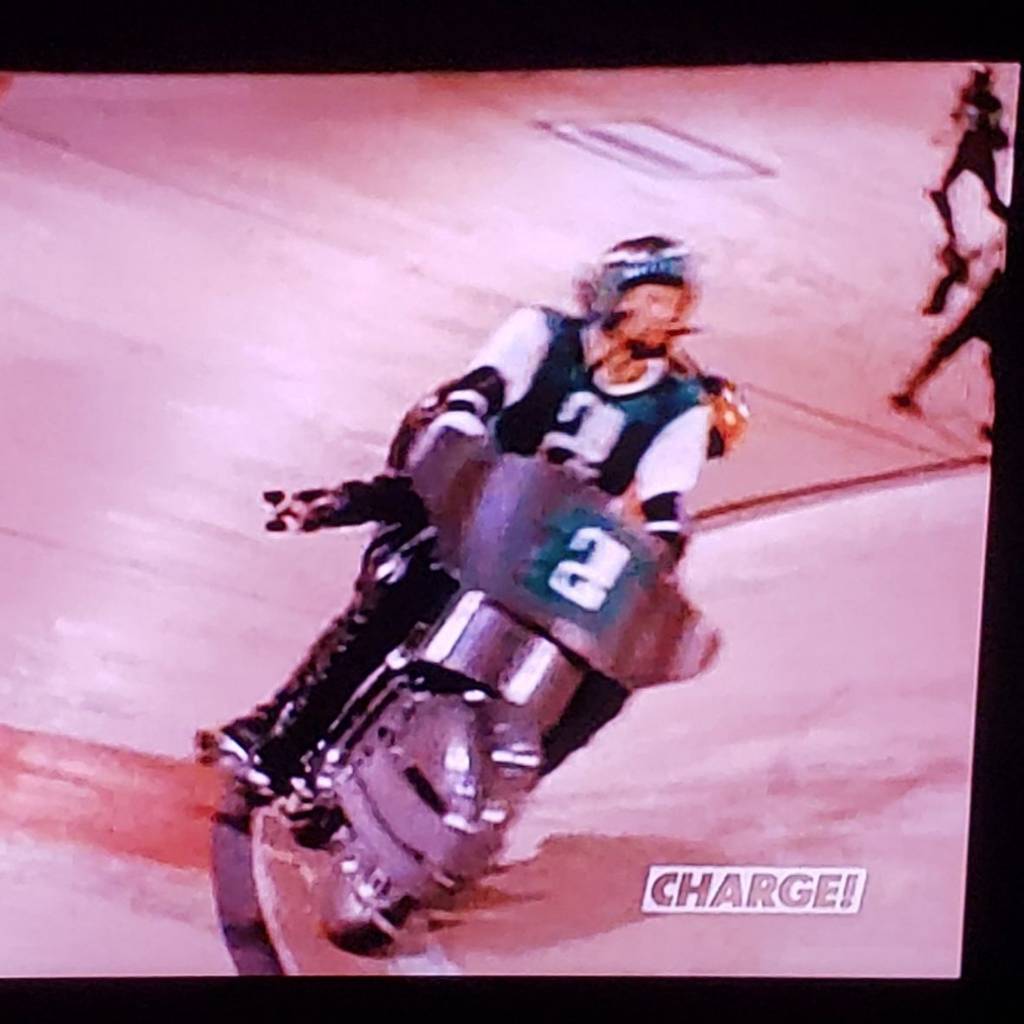 As for other sports, I generally like comedies, so...

The remake was so bad I actually forgot it existed. Totally agree.

Also Ayecarumba is correct Battle Royale should be on the list
For Whom the bus tolls; The bus tolls for thee
lilredrooster

I always put When We Were Kings at the top of the sports movies list. Everyone who has seen it puts it close to the top as well. Don't know how it hasn't become more well-known.
Lovecomps

As soon as I saw the title I thought, ōNorth Dallas Fortyö. GREAT sports film.

I love it. It's a great rep representation of the NFL sex and drugs era. In case someone missed the obvious, they're supposed to be the Dallas Cowboys.

I still love the original Bad News Bears because, for one thing, it's actually a social criticism of Little League as a whole. Also, you have to love a movie that would be protested and maybe not even made today (that miserable remake doens't count) because it's so politically incorrect, I love how Tanner describes his own team which I'll say in PC mode to avoid being suspended:

Just a "bunch of people who believe in Judiasm, Hispanics, African Americans, boys who are less than masculine, and a developmentally delayed boy who likes to consume his own dried mucus."

Ther's a reason why you never see it on television- that and Walter Mathau drinking beer while driving with boys w/o seat belts and sitting on top of a convertible.
The best things in life are not free.
Linacruise1467