Dreidel as a casino game?

This post is being offered by a Gentile who has never spun a dreidel and who knows approximately zero about Jewish culture, tradition, language, or even the alphabet. However, the posts above reminded me of some very recent experiences in my life, so I thought I would share them for your entertainment and/or boredom.

On Wednesday evening 12/9 (a day before this thread was even started), my wife and I re-watched our Blu-ray recording of the 1995 film “Get Shorty”, staring John Travolta, Gene Hackman, Rene Russo, Danny DeVito, Dennis Farina, and a number of other very-well-known actors. During that viewing, I observed something I had never noticed before: throughout the film the low-end-movie producer, Harry Zimm (played by Gene Hackman), is wearing a gold necklace with a pendant that looked (to me) like the lower-case Greek pi, perhaps a bit like the Wizard thought the dreidel included a symbol that looked like pi. In the film, there is never any mention of the necklace.

After watching the film, I read the IMDB entry for this film to see whether there were any interesting features I had missed once again. In the trivia section of that site, there is a post that says, “Although Harry Zimm (Gene Hackman) is never explicitly referred to as being Jewish, throughout the film, he is shown wearing a necklace with a pendant in the shape of the Hebrew word 'chai' (life).”

O.K., so the pendant really showed a full Hebrew word, not just a single Greek letter. According to Wikipedia, that word is spelled with two characters, Yod and Chet. Together (if this comes through properly in a forum post), they look like: חי Perhaps you can visualize how I confused the combination with a Greek pi when seeing them on a pendant in a movie. In my Gentile ignorance, I suspect that this “Chet” is the same as the character “Het” listed elsewhere in Wiki as a Hebrew character) and the same as the “Hey” stated in VladAlex1’s post above.

Anyway, when I read that at IMDB, I was reminded of the song from the wedding in the play and film “Fiddler on the Roof”, with the repeated lyrics:

Ain’t it amusing how a good supply of ignorance can connect the topics of a musical play/film, a gangster-wants-to-become-a-movie-producer film, a Hanukkah tradition, a proposed casino game, and a complexity of ways to try to represent Hebrew characters using the English language and Roman alphabet (a word derived from two Greek letters)?

Not bad investigating... for a gentile 😂
You can shear a sheep a hundred times, but you can skin it only once. — Amarillo Slim Preston
Gialmere 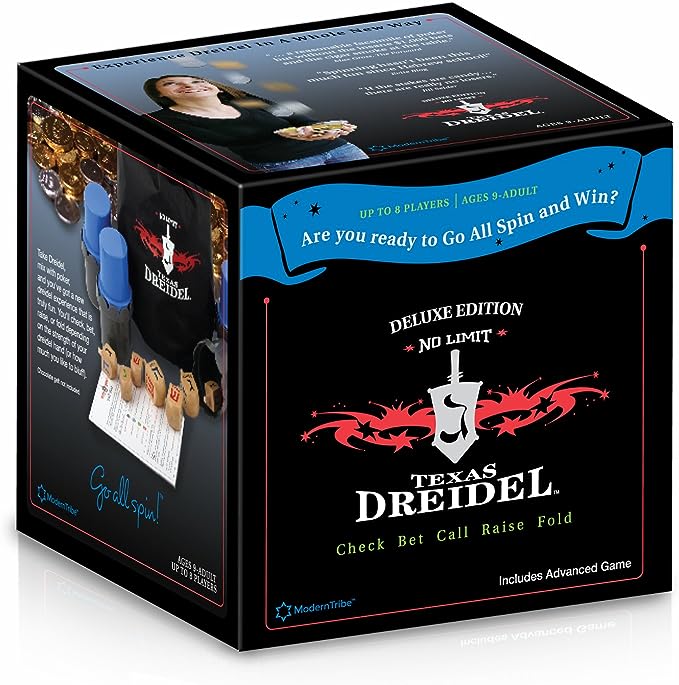